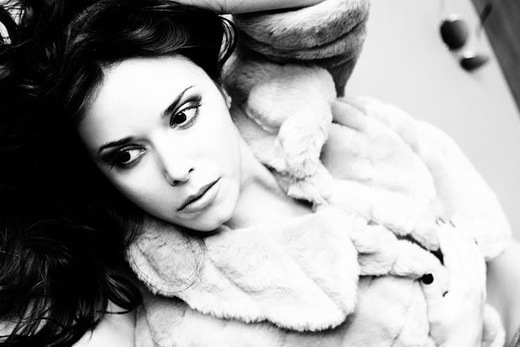 Alot of artists claim to come from poverty. Alot of artists follow the "rags to riches" theme. Try being born in a communist country, a country that takes away your voice, your rights, your dreams, your dignity and self respect. Every year, thousands of cubans flee their homeland leaving behind friends and family, as they begin the journey towards freedom. They risk their lives just to have a say, or to be more than just a number. Seeking new beginnings, the ability to dream, but most importantly, the right to matter. Some will die at sea in their attempt for freedom. The ones who make it to shore, are blessed, and for the first time in there lives, they have opportunity. Allow me to introduce you to cuban born singer/songwriter Yenisley. She arrived on American soil at the tender age of 3. Thanks to her courageous parents who set their sites on giving her a better life, and chance to accomplish anything that she wanted. That chance was all Yenisley needed. She began singing at a very young age, and knew that it was her calling in life. Immediately she was selected into a prestigous performing arts school where she studied voice and musical theater with some of the finest teachers. Yenisley began to write songs at 14 and by the age of 16, she had performed in Europe. Her music career was her # 1 focal point and writing and recording became a full time commitment. She began performing out with various bands, captivating audiences of all ages, with her marketable image, dynamic vocal range, and extraordinary stage presence. Her pop, rock, and punk influences, have created her own original sound consisting of powerful hooks and catchy melodies. Her live shows are full of energy and passion. Yenisley has performed at some of the biggest venues in the southeast region. Highlights to her career thus far include opening up for Collective Soul in Orlando. She has appeared live on major radio stations doing interviews and acoustic sets, promoting her music. Her songs have received national radio airplay. Her drive and commitment is noticed by her fans who appreciate her loyalty and passion. Yenisley is the artist who gives hope to those who think that dreams are impossible, and that hard work is never rewarded. She is living proof that no matter how difficult the situation is, anything can be overcome as long as you believe. Yenisley embraces the American dream, but has never let go of her Latin roots. She is making big moves and looking to cross over to a national audience, with the intent to captivate a million fans the same way she captivated her first one.