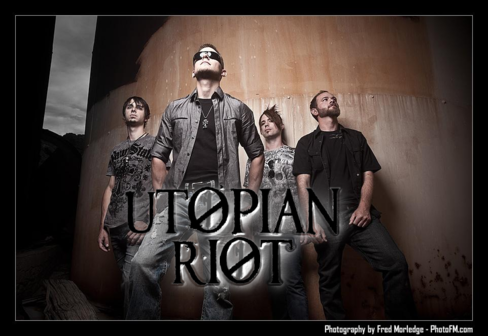 Utopian Riot bolted onto the rock scene in October 2010 with the release of the music video, Like It's 1984.  This Vegas based, contemporary hard rock band, released another video, Watch Them Fall in January 2011.  These videos with their catchy lyrical lines and controversial message brought them national attention and opened new platforms for them to promote their music on a number of high trafficked websites.  The rock music scene in Vegas opened up to them quickly, and they enjoy a busy entertainment schedule.

Each member brings years of entertaining and musical experience to Utopian Riot.  The result is a distinctive combination of high energy, HUGE presence with unconventional lyrics.

A hard rock sound infused with driving beats will keep you begging for more.  Each song’s uniqueness will have you moving to a barrel chested voice with screaming guitar licks unsurpassed in the industry.  An attitude- “Unafraid” to mold different styles into their own rock genre.

Some of the highlights from Utopian Riot:

For additional information, pictures, individual member biographies, and the latest news, log on to www.utopionriot.com 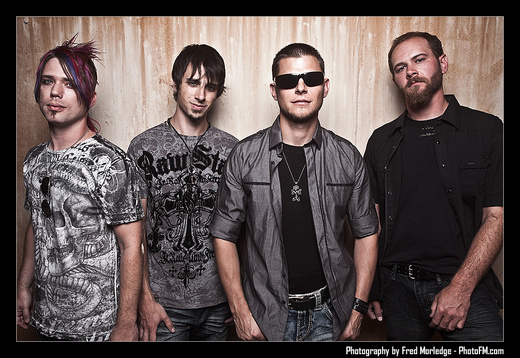