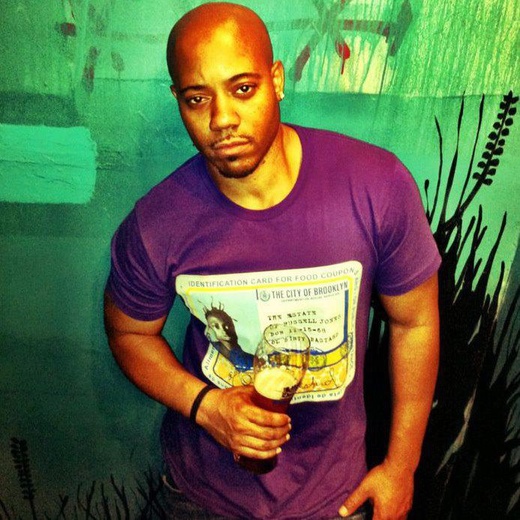 James “Trew Music” Crockett is an American Alternative Hip-Hop rapper and song writer. Born in Prince George, VA, Trew grew up listening to an array of musical genres of different eras. Visits to his grandparents in Mt. Vernon New York during his childhood influenced him heavily. Here he was surrounded by music, lyrics, fashion, and various cultures that helped to create his own hybrid style of entertainment. Trew’s curiosity influenced him to become a music major, which earned him various awards for playing trumpet, baritone, and keyboard. His diligence and ability to network led to creating partnership with industry insiders at all levels. As a result, New York based labels RockBoy & Roc-a-Blok records helped to release his debut album “The Big Chill.” The project and its lead single “What it is” featuring Lyricist Lounge’s great Wordsmith, was met with great acclaim and charted on many college and indie radio stations. Shortly afterwards, Trew jumped back into the studio to record the follow up mixtape “Return of the Chill.” With an ever growing buzz in the industry Trew teamed up with Ski Beatz protégé Eric Haywood to release the now leaked “The Morning After”.  Now, in a new phase of his musical career, Trew finds himself gaining worldwide attention. His talents, determination and unique style have opened opportunities for him to write jingles and be featured as a model for clothing companies such as Ecko, LAYOP, and Local celebrity. As of recent, Trew has written songs for soundtracks for Sony Motion Pictures and toured with rock band “Kid is Qual”, as well as Pop-Rock bands “The Audition” “Valencia” and “Promise of Redemption”.  Trew represents the breath of fresh air the music industry has so desperately been waiting on. He continues to combine his head nodding feel good music with trend setting style into a formula that is guaranteed to blur lines and bring the FRESH back to music