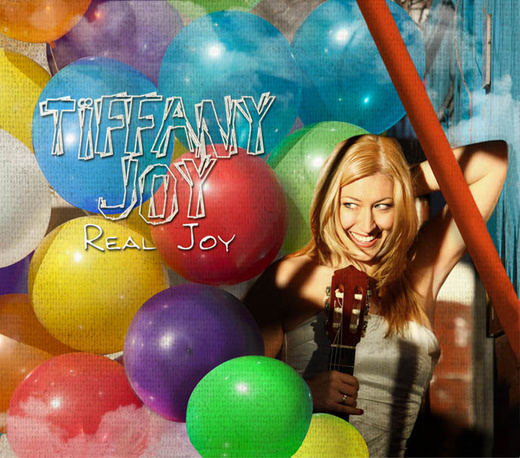 “I can’t remember a time in my life without music … When I was a little girl I would spending hours in the bathtub creating melody lines for the instructions on the back of shampoo bottles. As I grew, my heart started to feel more deeply and my mind eventually found the words to fill the melodies. My journey so far has been a series of beautiful, heart-shattering, breathtaking, devastating, humbling, and utterly enriching experiences. For some reason I am lucky enough to be able to relate these experiences via song. It’s a gift that I don’t fully understand, but humbly accept and will honor as long as I live”

Tiffany Joy is an internationally established bilingual singer/songwriter with a flair for the dramatic. Having spent most of her childhood studying musical theatre and dance, her love of performing is apparent and infectious. Long fascinated by the fusion of words and music, Tiffany blends insights gained from her life experiences with creativity & wit to write songs that have the ability to inspire the soul. Bilingual from a young age, infatuated with the Latino culture, and inspired by many experiences abroad ... much of her material is written in Spanish.

Tiffany Joy's musical career began in 2002 with the release of an EP titled “Return to Bliss” in the United States (Northern California). After performing many open mic venues, selling out cafes, and sharing the bill with various artists ... she teamed up with musician/producer Marcio Brenes in 2004 to begin production of her first full-length bilingual debut album titled "El Ritmo del Mundo."

In the summer of 2007, Tiffany celebrated the independent release of "El Ritmo del Mundo" at the Purple Onion in San Francisco, CA. Here's what reviewers had to say about the performances that night and the album: “With her silky smooth voice and Bossa beats it is the type of music you would expect to hear wafting out some exotic foreign hideaway.” The album is now available for purchase via various online sources such as iTunes and CD Baby, and also at many retail establishments.

At the age of 29, Tiffany has already completed two self-promoted South American tours and has performed extensively in Northern and Southern California.

In 2002, she traveled and performed in Santiago and Valparaiso, Chile. In 2006, she spent time in Miraflores, Peru and nearly four months in Buenos Aires, Argentina where she first began performing with drummer/producer Martin Sosa (www.martinsosa.com). In 2009, after playing the Latin and jazz circuit in the San Francisco Bay Area – Tiffany found herself once again fueled by heartbreak and inspired by the magic of the city of San Francisco and she knew it was time to return to the studio. She chose to fulfill two dreams in one by returning to live in the culturally rich capital of Buenos Aires and turn her focus towards the production of a new English Pop album. She quickly formed a band alongside Argentine musicians Tomas “Homero” Caraccia (guitar), Martin Sosa (drums) and Fernando Iguacel – bassist, producer and co-owner of Control Z Studios – and they began work on her second full length album “Real Joy” – released internationally August, 2011.

In 2010 she teamed up with Colombian artist Maqui Reyes to form the dynamic international duo "Individúo" - they are currently composing and performing in Buenos Aires, Argentina. http://www.facebook.com/individuoshow