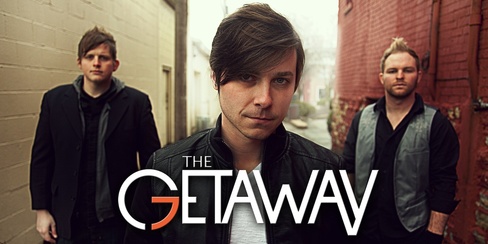 “If you were on the elevator of a 100-story building and asked which floor should we take this new album to, what would you say?” “I’d simply ask how do we get to the roof?” Alex Wheatley answers in a humorous but candid tone. Poised for their second release entitled Set The Night On Fire, The Getaway will be setting the Midwest on fire first in support of their new album as they prepare for their upcoming tour. Already snagging a spot in Alternative Press Magazine as the “Unsigned Artist of the Month” for June, they are garnering a lot of attention for their highly anticipated sophomore released June 19th.

Teamed again with nationally renowned producer Mike Brown of Lava Room Recordings, who has worked with the likes of Paramore, Switchfoot, and Velvet Revolver to name a few, they’ve constructed an album that’s infused with rock and littered with pop hooks. Phil Dunn’s vocals are both soaring and sincere, ranging from the seductive “Test Our Bodies” to the heartfelt ballad “Come Back To Me.” With a dance feel rhythm section and the band’s staple piano riffs, The Getaway have set themselves apart from the masses and are ready for the national spotlight. “We’ve put our blood, sweat, and tears into this album and we feel we came out with a great result because of it. It’s something that we’re truly proud of and ready to show everyone,” states an upbeat Phil Dunn.

The band’s first release in 2011, Everyone Wants Fame The EP, was met with great reviews and has given them a notable launching point for their ensuing album. With anthems like “Walk Away” and “The Wolf,” they’ve been steadily building a solid fan base while writing for the new record. Along the way, they’ve been sure to keep things creative by shooting a music video entirely through the use of the video chat program, Skype, and giving their fans unique looks into the band’s creative process and their daily lives. With their new video for “Set The Night On Fire”, the first single and title track from the new record, they’ve teamed with local media monsters Moonbeam Studios to shoot both an intriguing and explosive video.

It’s been a long road filled with ups and downs for these three small town guys that make up the heart & soul of The Getaway. For guitarist Alex Wheatley, it started at birth where he was born legally blind and diagnosed with Type II Albinism. “I saw a million doctors as a kid who all said the same thing to my parents… prepare for the worst,” shares the guitarist. Wheatley, who now has near normal vision, credits his doctor defying vision to “a lot of luck and a lot of love.” Drummer Nate Staggs, who was diagnosed with Acute Lymphoblastic Leukemia in 2006, was given a 30% chance of living. “I remember it like it was yesterday”, Staggs explains in reaction to his diagnosis, “It was such a shock, to be honest.  The only thing I thought about was how devastated my mom was going to be. I had no idea of what I was in for.  Heck, I didn’t even know how chemo worked.” After undergoing twelve months of intense chemotherapy, Staggs finally battled off cancer for good and is now in remission.  As a result, he’s been left with two replaced hips and two metal shoulders. “I just consider them war wounds of sorts,” Staggs jokes.

Despite any and all personal setbacks the group has experienced, they make it clear that their focus is on making sure they grab as many ears as they can for the new record. “We struggled for a little bit finding our sound, but on this record, we feel we really found our voice.  And it turns out our voice is full of pop, and we love that.” beams Dunn. With comparisons to artists like Maroon 5, The All-American Rejects, and The Script, it’s clear The Getaway have found their own voice and everyone is looking forward to hearing it. Set The Night On Fire hit the digital realm June 19th. 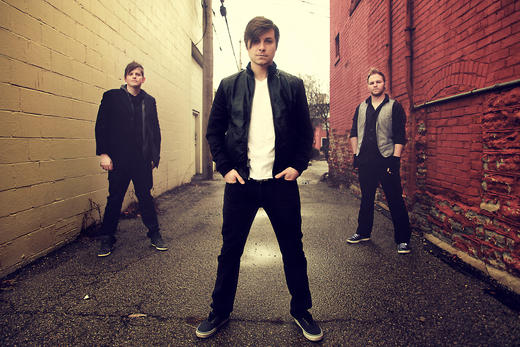