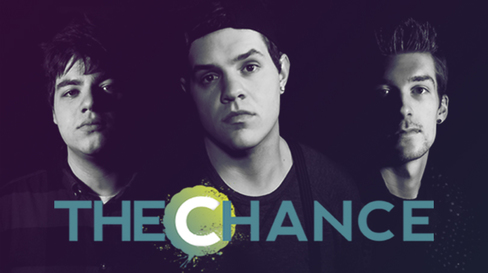 On October 30th, pop rockers The Chance released their debut full-length album, “Anything but Ordinary,” produced by Mike Bridgett (Turnover, Count Your Blessings). The Chance brings a driving pop-punk sound, interweaving acoustic and electric songs peppered with hook after hook. Following up the seven-song “No Big Deal” EP, The Chance enlisted vocalist AJ Perdomo as a guest on first single “West Coast Ghost,” making for an exciting listen for any old The Dangerous Summer fans.

Following the successful reception of The Chance’s debut EP, released October of 2011, the band spent the next few years playing shows around their hometown of Baltimore, Maryland with international touring bands such as Tonight Alive, The Downtown Fiction, For the Foxes, and Echosmith, as well as local favorites like 3PM, Something More, and Heavyweights.

Influenced by hometown heroes, All Time Low, and much of the Baltimore pop-punk scene, The Chance show off their own brand of edgy pop, wall-of-sound punk and acoustic rock. While Collin Athas delivers his words about regretful love and strums Mraz-esque guitar, Chaz Brown thrashes the electric unabashedly and Jack O’Connell smashes the drumheads with abandon. On a record as diverse as any released this year, The Chance dish up a tasty mix of radio pop sounds, classic punk, and straight-ahead rock.

The Chance offers physical copies of “Anything but Ordinary” online and at shows, as well as digital versions via all major outlets: iTunes, Spotify, Amazon, etc.