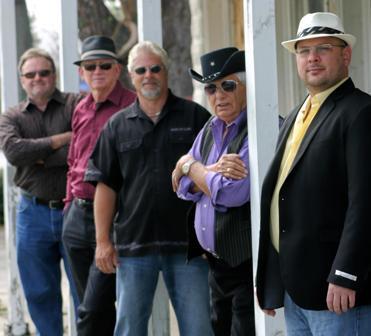 "The Blues" is in the heart and soul of the individual. Everyone hears and feels "The Blues" in a different way. We believe the "Blues" feeling is simply your inner-self telling you that there needs to be change in your life. The task of the "Bluesman" is to find the musical key that unlocks those feelings and prompts you to make positive changes. The "Straightup Blues Band" has found  the key...........Honest, Straight from the Heart "Blues". We have been writing, playing and living the "Blues" as a group since 1998. We perform well together because we are all co-workers and good friends. We survive as a group because we work as a team. Each member contributes to the music and our goal of reaching audiences with a big dose of down-home Florida Blues.

The Straightup Blues Band is an eclectic mix of musical personalities. Based on the principals of electric blues, this band extends its musical presence into other genres such as rock, jazz, and funk. A Florida based blues band that has been together for approximately 10 yrs. it boasts a lineup of six very talented musicians.

The founder and lead guitarist of the band is Ralph Straight. A veteran of the music business Ralph has been in many bands during a career that has spanned over 40 yrs. On lead vocals there is the stunning, and sexy Tori Mancinelli. Tori is a dynamic vocalist who got her start singing karaoke in Dees Den in Largo. Fl. Anchoring the rhythm section is Dave Schafley on Drums. Dave is a veteran drummer from Michigan that not only plays drums but does some singing in the band as well. To his left on Bass is the country boy Larry Johnson thumping on his five-string Fender bass night after night and contributing vocals to the band as well. Providing the sounds of the ivories is Michael Gardner on keyboards. He not only provides piano, but, any other strange sound that is needed for the bands musical selections. Last but not least is Andrew Baraban on rhythm guitar and vocals. He is veteran of the Florida music scene for over 15yrs. For more information on the band and a schedule of shows please visit our website at, www.stra8up.com