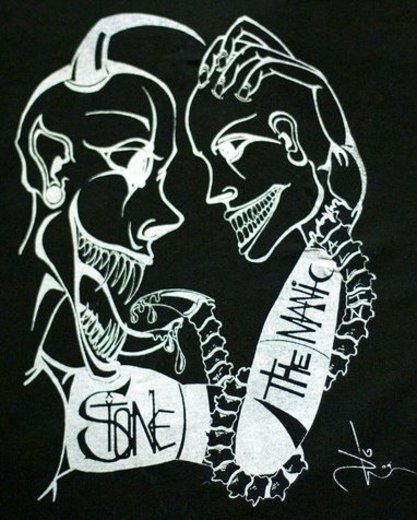 About Stone The Manic

Stone the Manic is a five piece original hard rock / metal band hailing from Grand Rapids, MI.
This quintet has established itself in the local and regional scene as a crowd-drawing,
ticket-selling force to be reckoned with.  Even at this early stage in their existence, Stone
the Manic has performed to packed houses in many of the area's prominent local venues

With years of professional experience between them, the group's members have performed at some
of the Midwest's best known venues and have opened for many national acts along the way
As a group, Stone the Manic has spent its energy initiating a regional onslaught with shows all
over Western Michigan, Northern Indiana, and Chicago, IL.

Stone the Manic recently finished an 8-song LP which has already received airplay on regional
radio stations as well as on numerous online and satellite stations spanning the globe.

Armed with a plan and a new LP, Stone The Manic is set to expand their scene to new venues,
cities, and fresh ears.  Their mission: Bringing attitude and primal, in-your-face rock to the
masses! stone...Stone The Manic