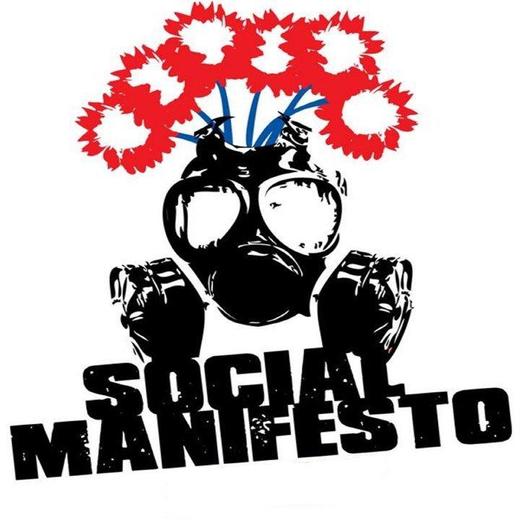 THE PAIN THAT I HIDE INSIDE WILL NEVER LIVE AND NEVER DIE, THE HATE THAT IS IN MY HEART WILL NEVER WILT OR FALL APART, BUT SOME WHERE INSIDE I ENJOY THESE THINGS, CAUSE PAIN AND HATE TAUGHT ME TO SING, EVEN WHEN I THOUGHT I WAS WORTH NOTHING, SO IN PAIN AND HATE I DO REJOICE, I WILL ALWAYS EXPRESS THIS THROUGH MY VOICE, I BLAME MYSELF FOR IT IS MY CHOICE, MUSIC IS MY PAIN
SOLITUDE IS THE ONLY TRUE SILENCE, IT'S A STATE WHERE OUR STRONGEST FEELINGS ARE THE ONLY DIALOGUE, OUR MOST INTIMATE THOUGHTS THE ONLY SOUNDTRACK, I'M NOT THE GREATEST SINGER WHO EVER LIVED, BUT I KNOW HOW TO TRANSPOSE FEELINGS INTO MUSIC, THAT'S ALL I CLAIM TO BE GOOD AT..........
Social Manifesto was started as a voice for the voiceless. Its a vocal statement declaring publicly the views of members of our society that may not normally be heard. K Rawk in 2005 realized he had a natural talent for music and decided he wanted to pursue it but did not know how to play any instruments. The only talent he had was his voice, so he had to go out and find a band. He started goi...ng out to local shows in the Hudson valley area and saw the band Juniper at the Chance. He met them after the show and got their drummer Tom Simmons number. He started jamming out with Tom and realized that they clicked right away and had similar pop senses. Tom could play almost every instrument so K Rawk asked if he would help him make an EP. Tom agreed , so K Rawk booked studio time with a local engineer Mike Kalajian and for the next four weeks Tom and K Rawk would embark on a personal journey creating a 5 song EP of well structured well written songs with socially and politically cautious messages within the lyrics. So after the songs were made they headed into the studio for another week to record the EP and called it Satire. They decided that would be the appropriate name given the nature of the material. They worked so efficiently together it took less than 5 days to complete the EP so Tom called in a personal favor to get some star power on the EP. He called Aaron Stern (formally from Matchbook Romance, and now currently in the band D.R.U.G.S.) to play on the track called Wake Up Call. The series of shows following the release of the EP were a success. The tracks Wake Up Call and Perception of Beauty were emerging as fan favorites, but soon after K Rawk had to put music aside for a while and concentrate on school and work with the knowledge that he would always come back to his first love music. In 2009 K Rawk and Tom headed back to the studio for K Rawk's sophomore album called Inter State, which would be a full length album and was named Inter State because this album was more intimate and allowed the fans to see his life through his music. K Rawk this time took a larger role in the instrumentation and production of this album. After the completion of K Rawks album Inter State, they played a series of shows, along with internet marketing, such as pure volume and facebook, to promote the new album. Once again Social Manifesto's music was met with great success and the track One Way Trip emerged as the new fan favorite. The growth between the two albums is immense with influences from Coldplay and Radiohead throughout both. Krawk is currently still playing throughout the Hudson Valley and is working on his third album from which he has released a single called The Sailor.