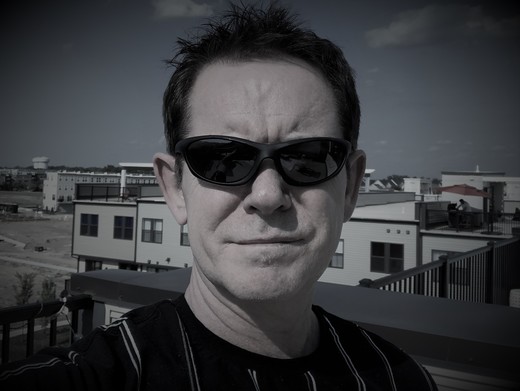 Skelp was formed in September of 1995 by singer/guitarist Dave McEwan and bassist Ted Watts.  Ted Watts was invited by his friend and former band mate, Steve Lewis, to jam with some enigmatic Scotsman in his Alexandria home. The Scotsman turned out to be Dave McEwan from the D.C. based band Belfire.

McEwan, a Glasgow native, had recently emigrated from London to D.C. While in London, he performed with several bands including The Plague and Psychedelic Hearse. Present also on this night was drummer, Ben Cross.

Before the end of the year, Skelp had worked up a set of songs and debuted at the old 9:30 Club on the club’s last night at F Street.

Live:  Some of Skelp's higher profile shows include an opening slot at The Black Cat with Supergrass, the last night at the "Old 9:30 club" (unbelievable night), The Metro Cafe with Cyclefly and many enjoyable shows with many other great DC bands all over DC.

Sound: Skelp is a band that muses between its two singer songwriters McEwan and Watts, but at its core is a song driven, punk rock band with pop sensibilities. The Anglo-American component is part of the band’s charm.  So depending on one’s record collection, recent converts may compare Skelp to The Jam, The Pixies and The Clash or to Husker Du and The Afghan Whigs. Regardless, they always emerge as passionate, sincere, hard rocking, and accessible.