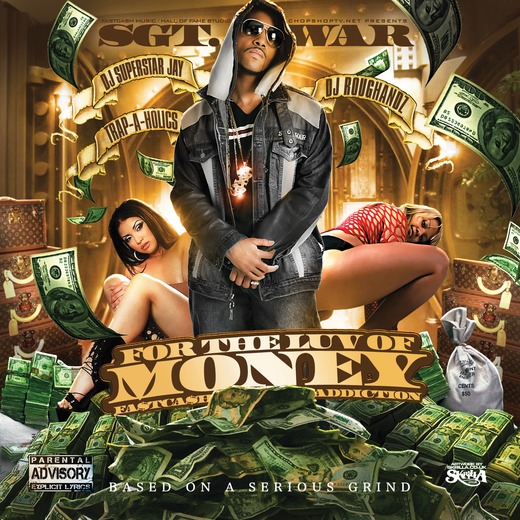 New York's Hottest, most talked about independent HipHop Artist Sgt. War, Highly Anticipated Mixtape Project is available. After he featured & appeared with MTV's Love & HipHop's own Consequence' "So Queens Wit It" music video. Sgt. War Releases his LP, "For The Luv Of Money" Hosted by Trap-A-Holics of BrickSquad, Shade45's Dj Superstar Jay & G-Unit's own Dj Roughandz. Sgt. War is going harder than ever with his own label "FastCash Music" and he has created a new style one like no other he sound so brand new! check out the latest music video for THE MONEY DANCE off of the all new Mixtape "Sgt. War FOR THE LUV OF MONEY hosted by: Trap-a-holics, dj Superstar Jay dj Roughandz Get It Live!