Dusty roads, old ghosts and whiskey filled evenings fuel every song from this Pittsburgh based musician. "songs for the half awake" was released in 2008. Dawning a handmade cover made out of cut box tops and taped cd trays. Margaret Welsh of the Pittsburgh City paper called it " an appropriate soundtrack for sufferers of seasonal-affective disorder." . The album features accordion, banjo, acoustic guitar, and musical saw. Over the next three years you could hear these songs belted out from local rooftops , street corners, and tiny cafe shows. The album could be found left on seats of roaming Pittsburgh buses and exchanging hands between friends.

In 2011 "how we pass" was released. A slightly less gloomy portrait of roadtrips, ghosts and mountain folklore. Notable tracks include "cold river" with accordion provided by Pittsburgh's very own Steve Pellegrino, "Sleeping stars" and "dear banshee" a song about a man who falls in love with a banshee. 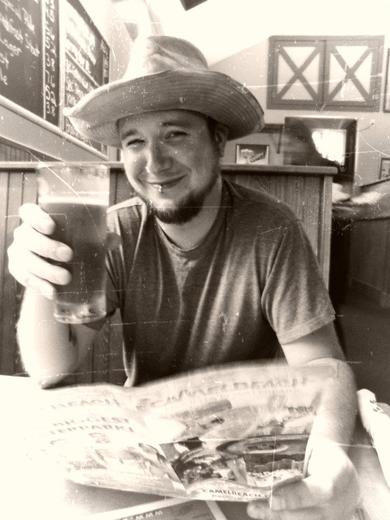