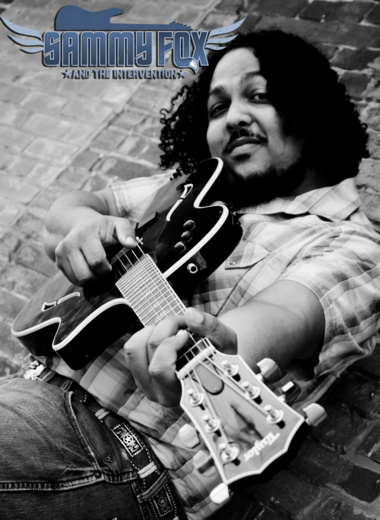 About Sammy Fox & The Intervention

Fox has been in the studio working to complete his country debut EP “The Intervention,” which was released in April 2011.

Since the release of "The Intervention". Sammy has sold several thousand copies and has made a name as a top performer

Sammy Fox, a completely self-taught musician; sings, plays bass, guitar, piano, and drums very well. His love for music (specifically drums) started at the tender age of 3yrs old. As his skill progressed, he became a well known name in the music community. His musical ability took him all across the United States, Canada and Mexico at the age of 16 where he marched Drum Corps International. Sammy was signed on as an endorsee with a Custom Drum Company in 2009

Sammy found music irresistible and caused him to seek other avenues of expression in addition to playing drums. He began dabbling in the piano shortly after his 16th birthday where he began writing music for the first time. At the age of 18, Sammy picked up the guitar and started writing music more seriously between tours performing drumset.
At age 21, Sammy formed his 1st band Binge (www.myspace.com/bingeband) where he acquired a number of accomplishments which include: TV appearances, Live Radio Performances, National Radio Airplay, Top 5 song of all time on the Indie Charts and a Top 30 Debut for his latest single. In 2009 Sammy decided to follow his heart and migrated over to Texas Country Scene where he plans to add a new element to the scene, jamband/country/rock.