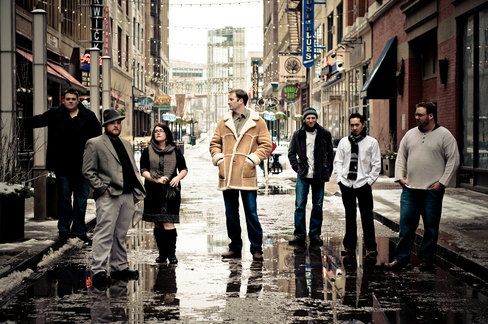 About Rob Duskey and The Rounders

“Blank Canvas to Man really comes to gether to create a sound I haven't heard many do well since the mid 90s.  The more I listen, the more I love it."

this in a long time.”

“An intense emotionally charged presentation, and a tight supporting ensemble of musicians who tastefully and seamlessly blend…”

“Clearly the audience favorite of the night, …delivering harmony vocals and jingle-jangle melodies that have rightfully drawn comparisons to Rusted Root.”

So, here’s the scenario: you’ve got a likeable enough singer-songwriter act for about four years now that’s been bopping around the Midwest, painstakingly building a loyal, word-of-mouth fanbase.  You’ve had a debut DIY album out to glowing reviews and steady regional FM airplay for a while.  But you’ve hit that inevitable plateau.  So, what now?  Cut another DIY record and see what shakes out?  Or better yet, how about cutting another record with a gifted producer and a John Popper harmonica feature and then see what shakes out?

In the case of Cleveland, Ohio’s Rob Duskey and The Rounders, the second option, quite thankfully, materialized in the form of the band’s sophomore studio effort, Blank Canvas to Man.  Produced by Dave Douglas (formerly the drummer with Christian/pop-punk stalwarts Relient K), Blank Canvas was deliberately conceived as a vehicle to push the band’s strengths right to the front of the line: accessible songwriting, dramatic boy-girl harmonies, and a solid instrumental foundation of alt-country, Americana, and straight-ahead rock (“From start to finish, the album takes you on a refreshing journey through reality” -WJCU 88.7 FM / Neorocks.com.)

And then there was the icing on the cake: John Popper’s blazing harp feature on the album’s fourth track, “Palo Alto (feat. John Popper).”  With this one, the Blues Traveler parallels may be hard to avoid.  But that’s hardly a bad thing, and Duskey and his crew know it.

The self-released Blank Canvas, which has already been featured prominently on Cleveland’s V107.3 FM Inner Sanctum new music showcase, proudly rides the coattails of Duskey’s 2009 debut, Cautiously Optimistic.  Cautiously was well received by the Northeast Ohio regional press, being noted for its “well written and powerfully delivered” songs (Giselle Fleming, Eclat de Femme.com) and its straightforward and relatable theme (“a flat out, a good time rock and roll tale of many loves found and many loves lost” -Matt Wardlaw, CoolCleveland.com).

In Summer 2010, a nationwide audience voted Cautiously’s “Start It Again” a Top 10 finalist in OurStage.com’s “Shout It Out with Hanson” competition (yes, that Hanson), with the track charting as high as #34 on the website’s nationwide Alt-Country chart.  Several tracks from Blank Canvas and Cautiously have received airplay on all of Cleveland’s mainstream AAA/pop rock FM stations, including WKRK 92.3 FM, WQAL 104 FM and V107.3 FM, while also being featured on the University of Dayton’s WWSU 106.9 FM.  Commercially, bites from the album were selected as a commercial bumper for The Golf Show with Gary Trivosonno on Cleveland's WTAM 1100 AM (sports talk).  Taking note of their original and devoted fanbase on Cleveland’s west side, the band was also selected as November 2010’s Featured Artist of the Month on Lakewood247.com.  In addition to its regular headlining situations, the act has shared the stage with a number of nationals, including The Bodeans and The Clarks. 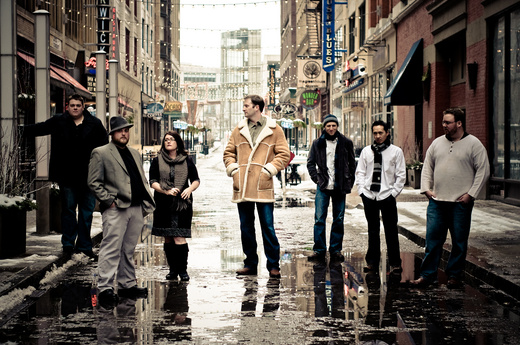