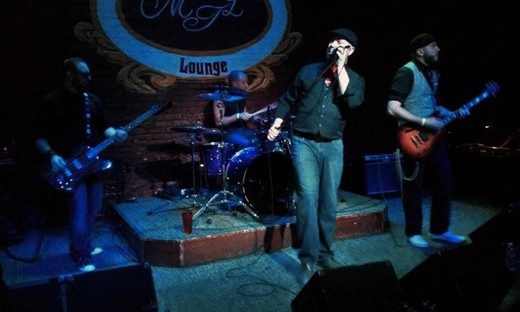 After a failed attempt to start a punk inspired band with Bryan Watts on drums, The Captain and Bryan decided to try and continue on with song writing and recording but with a change in the style/feel of the music and with Bryan on vocals. This collaboration eventually led to the creation of Red Tide. Mike "The Captain" McCullough is the main songwriter and guitar player for Red Tide. Towards the end of 2013 the efforts of Mike and Bryan to make Red Tide a fully formed unit began to pay off. The band finally found a permanent drummer Pelham Britt and later a permanent bassist in Logan Mosteller. The addition of which has begun to create a more well rounded sound.