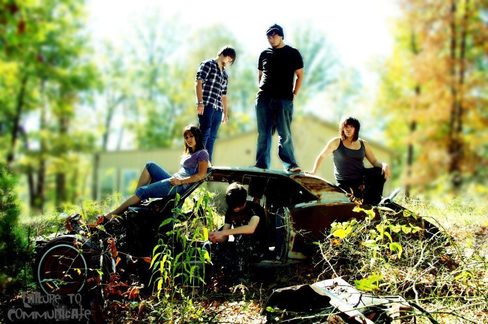 Yo, My name's Ramone! I live in Southern Indiana and have been playing music around the area for years now. I'd love to share my music with more people and meet those that inspire me. I really hope that this site will help me get there.

In 2007, I got my start with the help of local Pop Punk act, NAKED, at Huntingburg's Teen Outback on their New Year's Eve Bash. Afterwards, I played shows around the Southern Indiana area with the help of Roxanne or RoxyStarr for short. Armed with an acoustic guitar, a tambourine, and not much else - We played angsty originals and covers with our own twist. In late 2008, we even recorded a short, three song demo in the basement of our friend's basement; Not including covers like Goldfinger's 99 Red Balloons, Taking Back Sunday's Divine Intervention, and even Frosty the Snowman for a christmas charity compilation. We played local coffee shops, churches, and even paintball venues - stretching out as far as Tennessee. In early 2011, Roxy&RamoneStarr were no more.

After the break-up, i had lost much interest to play live shows and record music... until some close friends of mine competed in our high school talent show...

I can't remember what Failure to Communicate's original band name was, but I remember loving the direction they were heading. The original line-up included:

When they were talking about needing a male vocalist, i jumped at the opportunity. We played Pop Punk covers from bands such as New Politics to Blink 182. We didn't play many shows and didn't learn many songs and so the band soon dissipated after deciding it was too strenuous to get together for rehearsal. Though it didn't last long, the experience taught me so much.

After Failure's final show in July, i finally decided to get back into what i was best at doing. I wanted to get back to just me and that acoustic guitar.

I've been recording my music at Tony Soellner's Bootlegger Audio studio and setting up shows and looking at venues i've never even thought to play before. I want to bring my music to YOU - to show YOU what i'm capable of.

I want to change lives. 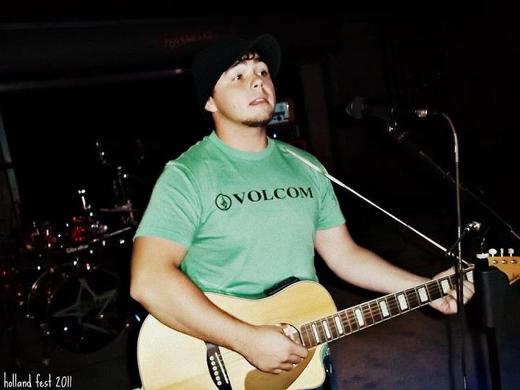