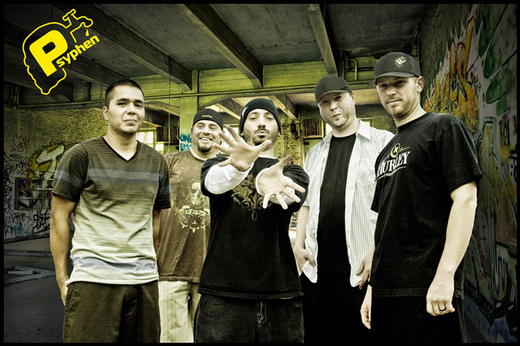 PSYPHEN - Formed in 2008, Psyphen had remained hidden from the world for a year and a half establishing their sound and writing songs before playing out. In early 2010, Psyphen played its first low-key show. Testing the waters again a second time, they played an encore set two months later. After affirming their thirst for playing live to warm crowd receptions, Psyphen quickly booked a supporting show at the Marquee Theater in April of 2010. After that, they haven't looked back. Performing at venues such as Martini Ranch, the Clubhouse, the Red Owl, and Marquee Theater, Psyphen has quickly gained attention in the Phoenix music scene. With hard hitting riffs, pummeling drum rhythms, and dynamic vocals, Psyphen brings an exciting live show every time they play.