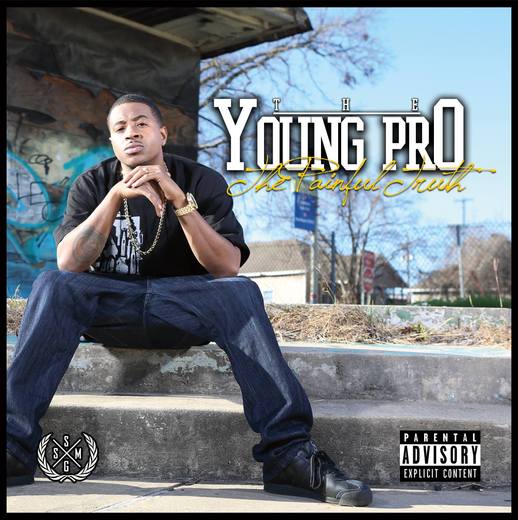 Son, Brother, Father, Poet, Artist, MC, Producer… Revolutionary. These are just some of the words one might use to describe the man known as James Thomas Robinett, or better known by his stage name "PROPAYNE JAMES aka THE PRO." Propayne James was born the fourth of January 1987 in San Diego California. The baby of his mothers 3 children, James was often times the youngest of the neighborhood kids, But that didn't stop him from holding his own and earning a reputation amongst his peers. A native to San Diego, growing up James lived in a variety of different neighborhoods spanning all across the city. From the calmer suburban streets of La Mesa, Lemon Grove and Spring Valley, to the more notorious Urban areas of South East and East San Diego. James experienced first hand the good, the bad and the ugly of what SD street life was all about. At age 13 his brother was incarcerated, when he came back home, he showed James something that would change his life forever from that day forward. "He just started to tap on the desk with a pencil and a credit card and make a beat with his mouth and I was just amazed!" "I had to have him show me how too do that!" Says James. That was his first class in hip-hop 101 and he was hooked. Armed with a new skill of beat boxing and a newfound love for rap, James began his musical journey. A couple few years had passed, by and James was about 15 years old by this time and was beginning to enter into one of the most critical and deadly times of his life. This was the time that when he began to getting into trouble and heavily involved in the street life. Worried that her youngest son was slipping through the cracks and on a path too self destruction, his Mother purchased him his first computer and microphone, All in hopes that music might be able too keep him out of the streets. And that is exactly what happened, James became a neighborhood star and began producing and making songs with all the kids on his block and surrounding areas, and the rest was history. James would go on to drop mix tapes and street albums that would eventually earn him the name “PROPAYNE JAMES”, given to him from his child hood friend (the late great Smokey The Mack R.I.P.) because of his fire bars and explosive beats. At 26 years old and already a seasoned MC. Propayne is set on taking his music to the masses and creating a movement that is sure too shake the rap game to it's very foundation.