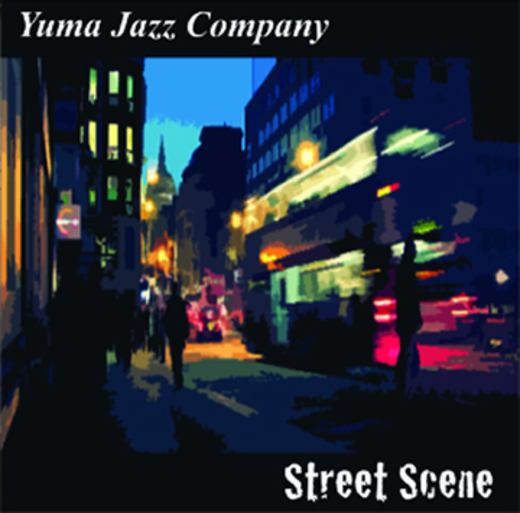 Shades After Dark, the debut album of the Yuma Jazz Company, is a collection of 8 originals by trumpeter Steven Hennig. Currently available only at live events and at CAP Music, it was recorded in two sessions in Phoenix, AZ, October 2004, and on it, the quintet covers a variety of territory: Latin, straight ahead, and Afro-Cuban.
Response to the CD has been terrific both from buyers and on-air listeners - selections have been played extensively on KAWC FM and KYMA TV as well as a few other stations across the country. Reaction has also been very positive from the national publications that have given it a listen, Jazz Review and Jazz Now Magazine


Select tracks from all 3 CDs available here on OurStage.com

On its 2nd CD 95 North, the Quintet performs 7 new tunes by Steven Hennig, and produces a wide variety of satisfying 'feels'. Recorded on September 29 & October 1, 2006 at Chaton Studios in Phoenix, AZ, the album and title cut are named for the long, lonely, winding stretch of asphalt one takes when striking out for points North of our Southwest Arizona desert town.
Buy it now at Cap Music!