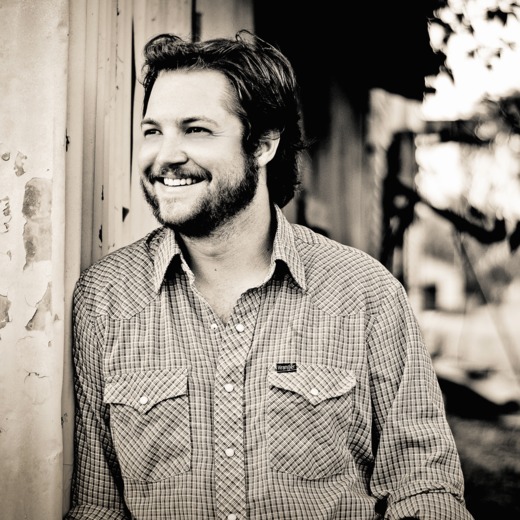 Like most die-hard Texans, Grady Skelton believes Texas Music is special. For him, it is a breed of its own with a raw and organic sound and lyrics meant to rouse a range of emotions. Skelton believes Texas music has the power to turn people on to “country music” even when they swear they don’t like country. Well, that’s because it’s not country music – it’s Texas Music.

“Texas music is from the heart, honest to a fault, and can make you wanna dance all night,” says Skelton.  “You either get it or you don’t. It just makes beer taste better, nights not seem as lonely and long, and brings back old friends and grand memories.  I guess that’s why I love listening to it as much as I love writing and playing it.”

Aside from the good loving of a good woman, cold beer, and life in a small town, Skelton lives for the day that his style of Texas Music stretches beyond the boundaries that divide the genres.  A challenge many artists have taken on, Skelton feels that with one listen of his sophomore album LIVE SIMPLY, you’ll “get it” too.

Partnering with Clay Corn, a mainstay on the scene as Pat Green’s keyboard player, Skelton dove into the project knowing that he wanted a producer that would meld his original songs and unique style into an authentic product. To differentiate from the norm, Skelton and Corn incorporated the use of a baritone guitar for a deeper tone, piano arrangements and female harmony vocals on select songs.

“When I listen to music, I want it to take me through a whole list of emotions. The songs on this record are a collection of stories from a growing phase of my life; I take a journey through first love, recent love, break ups and finding love again,” he said. “I wanted to bring my best but I didn’t want a producer that just twisted knobs.  Clay has a great mind and he ‘got’ what I was trying to communicate.”

Having released a self-titled debut in album under the direction of Rich Brotherton (Robert Earl Keen’s guitar player and producer) in 2009, Skelton knew the songs for LIVE SIMPLY needed to be superb.

“This album is a complete leap in maturity,” he states. “I’ve lived and learned a lot more and working with Clay has allowed me to grow as a songwriter.”

Skelton highlights this growth on “My Love,” a song that puts a new spin on the age old adage “don’t put off tomorrow what you can do today.”

“In its own way, “My Love’ is a message not to put off til tomorrow who needs your love today,” he explains. “We live in a world where everything is ours in an instant. We forget that real love isn’t something that can be taken for granted and can get to be too far away or lost if you wait too long.”

Through it all, Skelton stays true to his home-grown roots. As evidenced by the 11 tracks on the album, hints of a small town upbringing are ever present and each one is reminiscent of a boy with dreams for success, love, great friends and good times. It is this way of life that inspires him having grown up in the small town of Bellville, Texas where he and his buddies joke there are more cows than people.

“That’s the funny thing about small towns; people take pride in them because, like me, they have a sense of ownership. It’s ‘your town,’ and the smaller the better.”

In fact, the title track, “Live Simply,” was inspired by memories of that small town.

“It’s a song about meeting the perfect girl and wanting to get back to the simple way of life where everything slows down and you can see the stars in the night sky while holding the one you love. It’s about being proud of your small town and saying, ‘hey, if you’re not from one, come on and see what it’s all about.’”

What it was all about for Skelton was learning to play guitar and writing his own original songs in junior high; it wasn’t until his arrival at Texas A&M that he began to pursue music as a career.  Running the gauntlet of open-mic nights, frat parties and sorority houses, pool halls and restaurants, Skelton built up a following at local venues such as Carnies Pub, Texas Hall of Fame and Hurricane Harry’s.

Having established a name for himself, Skelton caught the eye of the Texas A&M Association of Former Students and was invited to perform as part of the festivities of the All Aggie Hullabaloo at Cowboys Stadium prior to the Aggie’s game against the Arkansas Razorbacks.

“Playing a venue the size of Cowboys Stadium was a dream come true,” he recalls. “I am so blessed to be able to do the things I have done. I couldn’t have done them without God above and the great people that support me.”

Skelton has shared the stage with many of the greats including Robert Earl Keen, Eli Young Band, Jerry Jeff Walker, Ray Wylie Hubbard, Stoney LaRue, and many others. He has played such noted venues as Firehouse Saloon and Armadillo Palace in Houston, and Brewster Street Ice House in Corpus Christ. Other performances include Austin County Fair, Fort Worth Stock Show and Rodeo, and the World’s Championship Bar-B-Que Contest which serves as the kick-off to the Houston Livestock Show & Rodeo.

Having worked with known producers and opened for some of Texas’ most popular artists, in a short amount of time, Skelton has accomplished quite a bit on the music scene. And, as far as he’s concerned, this is just the beginning of great things to come.

“The party has just started, so come in, grab a cold one and enjoy the music. I hope it touches your life and your soul.  Music is strong glue and it’s something that can be an even stronger medicine.”