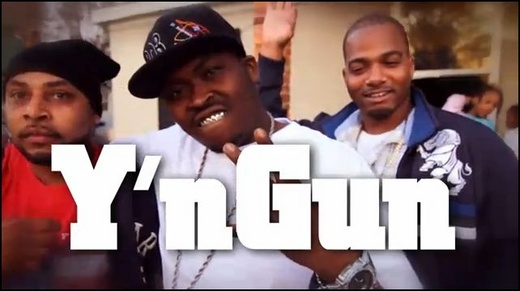 YnGun  is an artist quickly becoming known as one of the premier new talents to emerge in Hip Hop.  And YnGun  plans on remaining so throughout the his musical career, stamping Columbia, South Carolina along the way.

Growing up in rough streets of the Riverside area of Columbia, YnGun  knew that independence and discipline are keys to success. The level of skill he possesses and his attention grabbing swagger is a direct reflection of his work ethic and perseverance in music. YnGun can be best described as a lyrical activist whose words are meant to inform, inspire and entertain. And these are not attributes he chose to take on willingly, these traits stem from personal experiences that have molded him to be the exciting new emcee you see today. The release of the his first street album CERTIFIED STAMPED in 2010 has created a tremendous street buzz in the Carolina's  showing hard evidence that this fresh young artist has what it takes to revive the creative void left in Hip Hop. The anticipated release of YnGun's second full album, PIONEER, shows off many different styles that make him a universal MC, despite his Southern roots. "I'm what you call versatile," he says. "I've worked and grinded for years to keep the dream alive." YnGun reflects, "You have to realize, Columbia has alot of artist doing their share, making noise. They grinding real hard right now, and my goal is to KEEP the grind hard...and keep pushing the envelope of creativity."

PIONEER, YnGun's newest album takes you on a ride thru the Riverside/Dutch Fork area of Columbia with a certified veteran in the music game. Guest features include Columbia artist Lil Brod, Collard Greens, and Mr Flip. Heavy bass induced  production, hard hitting lyrics, along with certified club anthems, makes PIONEER one of the best street albums this year. "I recorded PIONEER to make a statement for my generation and the ones after me, its hard on them on the streets right now, everywhere. The streets need to see artist they respect show them how to get up out of the hood, the right way."