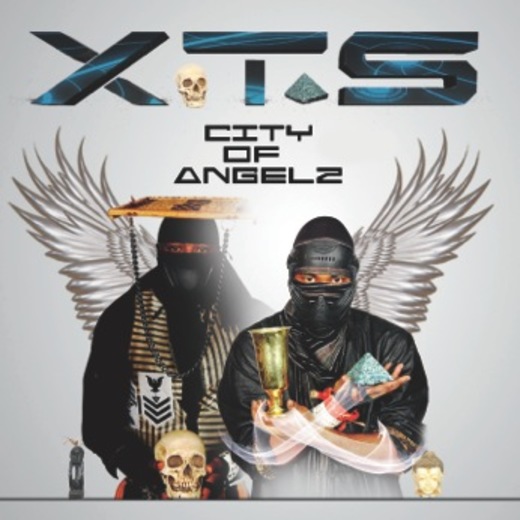 =XTS= ( short for Xtraterrestrials) has performed in numerous clubs and venues such as Big Eazy Tavern, Sluggo’s, The Red Carpet, The Flora - Bama Lounge, Paddy o - Leary’s, Emerald City, Club Dimensions, Hop-Jacks Pizza & Beer, Club Suite and Will-Call just to name a few. =XTS= participates in various social sector initiatives such as The Healthy Start Coalition focusing attention on teenage pregnancy, and eliminating the issue of Sudden Infant Death Sydrome. =XTS= has also worked with Movement for Change an organization that focuses it’s attention on spreading awareness of injustices in America and it’s local communities. The vision we share with Movement For Change is to teach & empower the community to take a stand for justice as well as to educate the public about their rights as citizens while building stronger and better communities within our own country and across the globe. We are also affiliated with The Red Dragon Society MMA a martial arts organization that teaches special martial art techniques and deep meditation to assist with personal development and growth. They instill high self esteem & positive thinking. Becoming one with self is the motto used by the Red Dragon society founded by Eric Conley.

Why does =XTS= create the type of music that comes from The Heart? It’s simple: we're here to contribute to the mass awakening on planet Earth. With so much negativity being shown in the media...on television, the radio, the newspapers, many have allowed themselves to believe in the myth that has spread through our society like a virus... a myth that says you are not enough as you are, you don't have enough, there's not enough to go around, you need more of everything to “fit in”. We are here to awaken people to their abundance and unique individuality in their own lives while helping them to understand the divine connectedness between each of us and we think that our music represents that philosophy. There is a new reality that we intend to spread...a reality of peace, of love, of justice, of sustainability, of joy, happiness, & hope. This is why we do what we do. We want to inspire the Human race to build a better world, one that will be here for generations to come. We feel as though we have a purpose and responsibility to heal, to inspire, and to speak the message of Life to all who desire to live in the new evoloved way of being, free from worry, fear, and doubt.

The alternative/electro/hiphop group known as =XTS= originated from Pensacola Florida. =XTS= consists of 3 members Michael Williams aka Davinci as singer/songwriter and dance choreographer for the group =XTS= Nathaniel Williams aka Code UnnO as singer/songwriter /music composer for the group =XTS= and Tavaris Johnson aka The Midnite Warrior as singer/songwriter/demonstrator for =XTS=. =XTS= was formed in the year of 2007 after older brother Michael Williams relocated from Miami Beach Florida to reunite with little brother Nathaniel Willams to pursue their career in the music industry The Midnite Warrior would join forces with Code UnnO and Davinci year 2009.

Their first album entitled Something About You was just the beginning for Davinci and UnnO. The Success of Something About you was more in the terms of learning the music biz from a hands on standpoint which allowed =XTS= to promote the album themselves and book their own gigs. =XTS= is a short term for the name Xtraterrestrials. Davinci and UnnO would see themselves as messengers of truth, releasing music that would ultimately inspire listeners to look beyond the norm, overcome negative thinking, and to open ones mind to live and enjoy the life they have been given. Since 2007 =XTS= has released four albums: Something about You - 2007. The Love Science project - 2008, Elektrik FIRE - 2010 and A.D.U.N.L The Prophecy coming 2012.