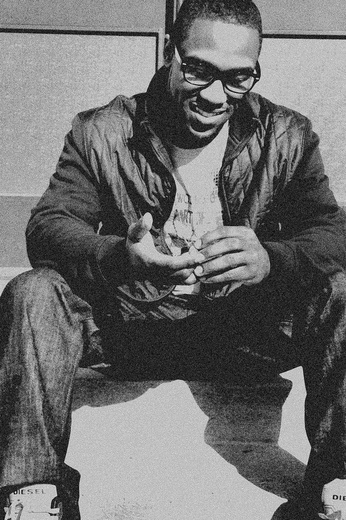 ]Xavier Marquis is not just a rapper, more so an artist who brilliantly paints a vivid depiction of what true artistry is all about. Leaving it all on the stage, Xavier is a charismatic performer who passionately focuses on leaving the onlooker with an unforgettable visual and musical experience

Xavier Marquis (pronounced Zay-vee-air Mar-key), was born in Minneapolis, MN. Xavier’s knack for music and rhythm was evident at a young age. At the age of 9, Xavier started writing his first rhymes. In the 5th grade, at age 10, Xavier formed his first rap group that went by the name “The Little XDL” with his cousin Dom Davis aka Dearling Physique. At age 16, he purchased his first keyboard. It was that keyboard that helped Xavier hone his production skills.

In 2002, Xavier was introduced to Ray Seville of Jimmy Jam and Terry Lewis’ company Flyte Tyme, and immediately started producing for various artist’s. During his stint at Flyte Tyme, Xavier vigorously studied the production of Jimmy Jam and Terry Lewis past work and created his own unique formula to producing hits that took his songwriting, rapping, and production skills to a new level. "The time I spent at Flyte Tyme was essential to my growth as a music producer and artist. There was so much history there. Just to know that you were recording in the same place that Michael and Janet Jackson, Mariah Carey, Boys II Men, and Usher once recorded in is breathtaking and motivating."

In 2007, Xavier started his production company, Findin' Muziq. The name Findin' Muziq was chosen because of Xavier's strong desire to find and create a new sound in mainstream music.

In 2009, Xavier focused on his first mixtape, The X-Files Mixtape: Episode 1, which was a highly anticipated mixtape full of original songs and beats that were inspired by many different styles and genre's of music. Xavier understands the importance of versatility, saying, "I like to give listeners' ears a full course meal. A lot of artists are either afraid or unable to step out of the box. People get tired of the same ole' thing all the time, so I attempt to give them a little bit of everything to fill not only their appetite, but mine as well." The critically acclaimed mixtape was successfully released March 9th, 2010

Now, Xavier is performing and promoting his latest mixtape, Episode 2. He is also working on Happy Kids, a side project with backing-band mate and long-time friend Munqs.