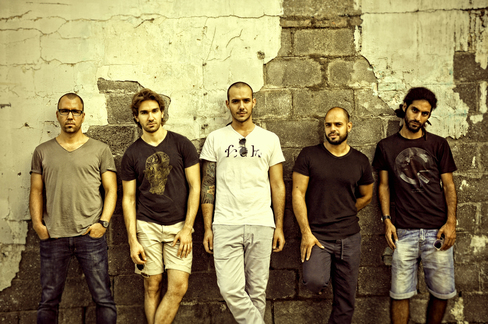 Waterblack was formed in 1996 by five friends in Limassol, Cyprus. Of the original five, Andreas Economides and Chris Charalambides still remain as the core of the band. In the early years, Waterblack performed cover songs at venues across the island while developing their own material.

The band relocated to England in 1998, performing mainly in London while continuing to hold live performances in Cyprus when possible. In 2000 Waterblack put together an EP of six songs, recording them at SAE studios in London. The EP called Humble Parades included the songs M, Orem, Burdened Youth and Vigilance and
recieved airplay in Greece and Cyprus.

In 2006 Waterblack began recording their first studio album called Orem at SoundScape Studios in Limassol. The album included songs written from as early as 1996 through to 2005. It was released in 2007 and in the same year received awards from garageband.com for production, lyrics, vocals and mood.

During 2007, Jonny Vatikiotis (Guitar) and Marco Economides (Drums) joined Waterblack on a permanent basis, having previously worked with the band on various recordings. In 2009, Byron Athinodorou (Bass) joined, becoming the latest member of Waterblack.