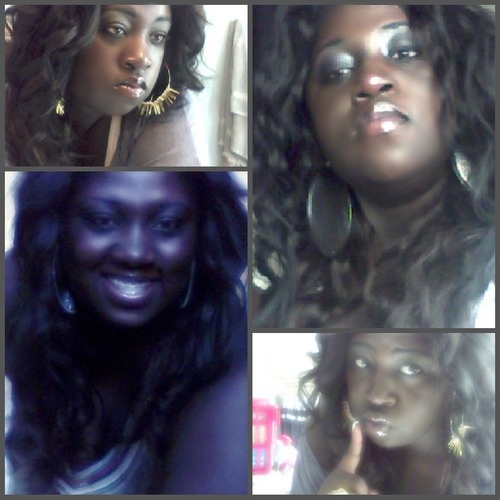 Virchelle Allen was born in Los Angeles. At 3 Months old. she moved out to the I.E and was raised by her Mother and later Stepfather, The oldest girl out of Three and at age seven she discovered her passion for music. The little performer channeled her talent through singing at fairs, karaoke contests, school and Events, playing the viola in the school orchestra, and starring in school musicals. Family and friends had already begun to recognize her devotion and drive to succeed in these early years.

By age tweleve, Virchelle was writing meaningful lyrics, some of which were submitted into national contests, published. "We knew this would be her niche, her future," Virchelle's Stepfarther,William Simmons stated on behalf of the family. At twelve, Virchelle joined High desert Idol being the first one picked out of 100 girls,won third place that wouldn't be the end to Virchelle's career she pave the path for her present career in music and comprise the next six years of her life. After countless performances, and several Competitions. Virchelle would not stop to smell the roses.

As time went on,Virchelle's ambition and sense of priority led her toher manager Stephanie Ubeda in 2009. Now 20 Years old and a high school graduate, Virchelle has set her goals as a pop/rock recording artist at the top, and is excited and ready for the climb. Currently, Virchelle is in the process of writing and recording her album. She and her manager are continuing to put together a team who will carry out her vision of a hit record. "The way I see it, the album will be fun and full of energy. The songs will be a reflection of me and my new beginning. It will be meaningful where other people can relate but very edgy at the same time. I don't just want a good album with a few good songs. I'm a performer, and I want my show to be something people can't wait to go see, and can't stop talking about it Your journey is what you make it and I believe That, I Will go Far."