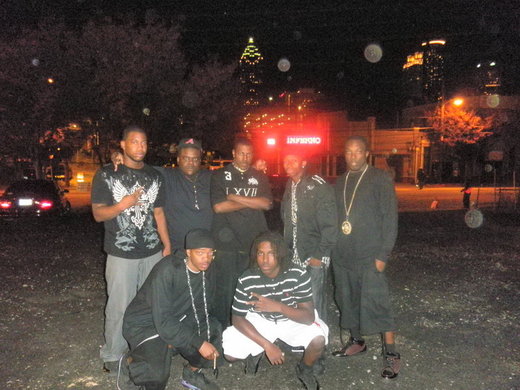 BlackOut Ent. is a record label that was started by Lil Will & Young Sirr back in 2006. The two young artists wanted to start a record label which brought out some of the best talent in Dublin High School but soon expanded throughout the middle Georgia area. The first official artists were Lil Will, Young Sirr, LadyTip, Y~Deezy, Young Git & Kid Krazee. Due to complications to of the artists were cut. By the beginning of 2007 BlackOut Ent. started to grow by signing new artists such as Flashin Dreamsz, T-Millz (no longer with BlackOut), Young Q & Goon Squad. BlackOut hit the studio hard and got their name out in the streets within a matter of weeks with mixtapes & albums by Lil Will. Most of 2008 Lil Will was heard with little features from current BlackOut members. As of November of 2008 that would change as Goon Squad started working on their first debut album entitled "Street Initiation." Goon Squad brought a major fan base to BlackOut from Soperton, GA by playing songs everytime they were down there. March, 2009 Goon Squad dropped their album and put up big numbers. After their album dropped other BlackOut members were influenced to work harder on their solo music. That would change when BlackOut signed CJ, YK, Yung Metri, Dre Young, Killa Cann & DJ Hellaflow. DJ Hellaflow encouraged the label to work on a mixtape with everybody on it. They started working on the mixtape in May and by December of 2009 the mixtape was complete and is now up for download. The mixtape is an introduction to the members of BlackOut showing that they deserve to be signed by making their own versions of current songs out plus some song of their own.