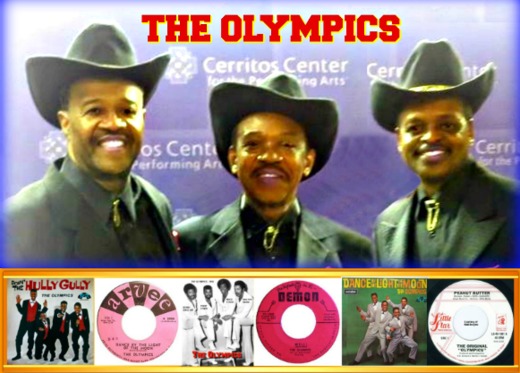 Vel Omarr was born on a small farm in the Mississippi Delta. His mother found that living in the south and working the cotton fields could not be all that life had to offer. Like many before her, she packed her bags and took the "next train smoking" to Chicago in search of better things.

Vel remained in Mississippi with his grandparents. He attended church on Sundays and recalls traveling to neighboring towns participating in or sometimes observing the "Gospel Fests."

At the age of eight, Vel moved to Chicago and reunited with his mother. This was pure culture shock! "From the sticks to the bricks," says Vel. The first song he heard on the radio as the train pulled into the station was "You Send Me" sung by Sam Cooke. "The song eased my longing to be back home in Mississippi", Vel remembers. Vel discovered his love for singing at the age of 14, and upon graduating, he decided to entertain the idea of singing as a way of life. In the early 1970's, Vel boarded a plane bound for Los Angeles to reposition himself, focus, and to pursue his dream as an
entertainer.

Vel credits Sam Cooke with being his vocal inspiration from childhood. Adapting some of Cooke's vocal techniques and stage presence has transformed him into a skilled vocalist who not only has his own style, but many will say he sounds very close to Sam. Fans continue to be stunned as to who is actually singing. Vel sings and performs his original compositions with passion and flare and enjoys his own audience and fans.

Vel joined the legendary R&B / DooWop group, the Robins, as their second tenor lead singer, for a reunion tour in 1991. He remained with H.B. Barnum and The Robins until 1995, and then began touring with Brenton Wood as the opening act for Brenton Wood's Sweet Old School Revue. In 2003 he joined The Olympics as one of their lead singers and has performed along side other legendary artists like, Little Anthony and the Imperials, The Penquins, The Coasters, Gene Chandler, The Flamingos, Zola Taylors of the Platters, and many more.

As a singer in Brenton Wood's Sweet Old School Revue, Vel has also opened for and appeared with such legendary greats as James Brown, Etta James, Little Richard, Al Wilson, Barbara Lynn, Brenda Holloway, Rosie, of Rosie and The Originals and many other legendary R&B/Doo Wop artists.

Music veterans VEL OMARR & THE P'ZAZZ Band made their World wide Internet Radio debut on East L.A. Revue Radio and Chicano Express Radio this month with a generous and welcome response from our listening audiences. Their new CD, "How Can I Make You Mine", has a wonderful offering of new songs performed in the classic "old style cruising" mode. For more info: stevenchavez68@hotmail.com. This one is a winner!

The P'zazz Band has backed various groups and artists, including the following: