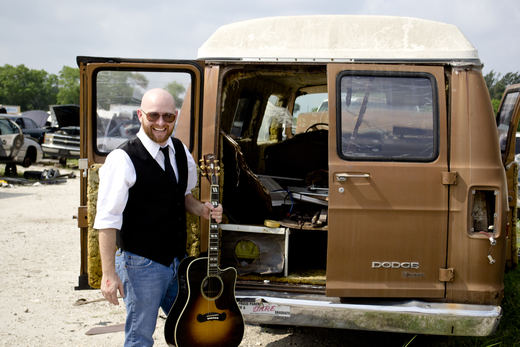 Growing up in a small town where sports dominated the social scene, second generation singer/songwriter Will Erickson took a different path and taught himself how to play his dad’s old Yamaha acoustic at the age of 15. His organic talent, blunt, honest songwriting and sultry vocals won him multiple competitions during his years at the University of South Carolina, spurring him to pursue music full time. When his “nine to five” fell through after college, he looked at it as the perfect opportunity to follow a dream and finish what his father had started but had never reached

In 2007, Erickson released his first studio album, “Ghost Songs”, followed by the release of his sophomore album, “Where Do We Go From Here” in 2010. The southern singer moved back to Florida in 2010, where he consistently headlines notable venues such as Skippers Smokehous
and Jannus Live. In 2007, Erickson played in the Colorado Music Summit, followed by the Free Times Music Crawl in 2008 in Columbia, South Carolina. He has opened for multiple national recording artists, including Daughtry, David Allan Coe, Michael Tolcher, David Gray, Eric McFadden and Arrested Development, to name a few. Erickson has also shared the stage with two-time Grammy nominated artist Tonic and 2012 “Song of the Year” CMA nominee Will Hoge

Erickson’s charisma, candid lyrics and southern style can be heard on his third studio album, which is slated for release this Christmas.