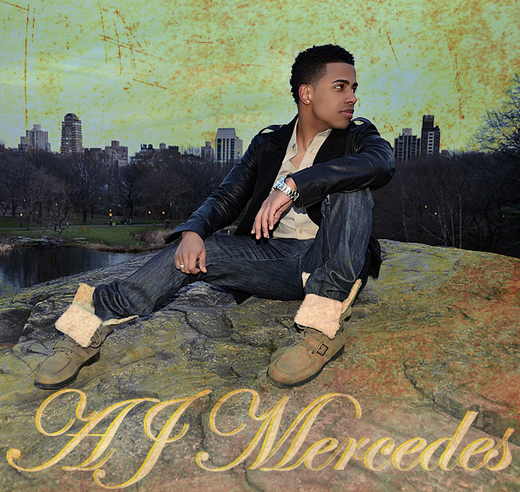 Adelfy J Mercedes (born February 24, 1992) is a Dominican Latin singer and dancer. He started his musician career at the early age of 7 with Evi Ponce as manager/producer. Mercedes has been on Dominican t.v. shows as a dancer since 2006 as well as being part of “The Professional Dance Group” with Miguel A. Arias. AJ Mercedes moved to the United States of America at the age of 15 in 2007. Attending the high school of world cultures in the Bronx, NY, he became the schools lead choreographer and dance instructor. While in school AJ focused mainly on dancing, dancing for “Mi TRL” for MTV3 for some odd consecutive weeks, he returned to writing and singing full time after graduating from High School in 2009. In 2010, AJ Mercedes teamed up with his cousin and long time roommate Steaven Mercedes, who attends the College of Staten Island’s film Academy to create the Mercedes Production Group (MPG) to produce and engineer for local acts as well as directing and producing music videos and short films. Now, AJ Lives in N.Y. where he continues to exercise his artist career and entertain the young and old folks.