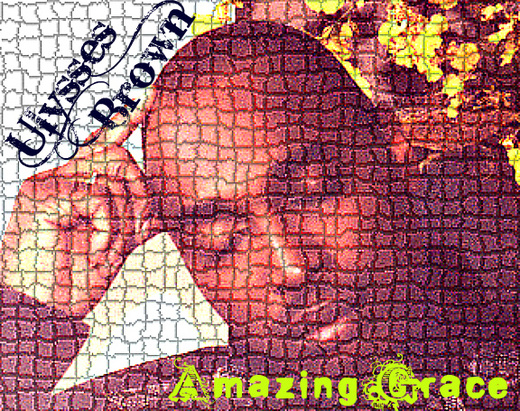 
In ministry with Ulysses Brown, his sound produces exhortation, encouragement, and comfort. Anointed, appointed, and called for such a time as this; if we are to be victorious and over comers we must give God true Praise and Worship. Ulysses prophetic flow of worship is designed to create such an atmosphere that causes an individual release which manifests into worship.

The mission of his worship is to assist the body of Christ in worship. It is his desire to see growth in personal worship experiences that will result in the manifested glory of the Lord in the corporate worship settings. As a way to fulfill such a desire, Ulysses released his second CD project “I Love to Worship You – Abba Father He Is Lord” Melodious Music Group.

. When asked about worship Ulysses says: “When worshiping, I only have an audience of one, the one who was, is, and is to come, Jesus Christ our Lord”.

“Love Lifted Me” by Ulysses Brown


Somewhere between the pulpit and the dance floor, this uplifting gospel/r&b song from Atlanta-based worship leader, Ulysses Brown, will have you praising God and raising your hands, while singing along to the memorable chorus and dancing in the aisles.


Kicking off with a retro-inspired drum loop, accompanied by a tight bass and piano riff, this track is a sparsely-produced foundation (smartly so) for Brown’s emotional and soulful testimony. Although Mr. Brown has a very distinctive tone and vocal style, from the opening note, I was reminded of several brilliant 80s/90s secular r&b vocalists like JT Taylor (Kool and the Gang) and Rafael Sadiq (Tony!Toni! Tone!) as well as gospel contemporaries like Kirk Franklin and Israel Houghton.


Brown begins his story with the very emotionally-heavy, “I was sinking, deep in sin,” laying the groundwork for his powerful testimony. The funk-infused bass groove carries the verses nicely, adding to the dance-ability of the track. That funky groove is accompanied by a lilting organ and driving piano chords, which gives the music a bit of a club/house feel. From there, the story takes an uplifting course: ”The Master heard my despairing cry.”

The real party starts when the choir appears on the chorus. You can almost visualize the members swaying and clapping along jubilantly, as they sing, “Love Lifted Me.” The song reveals its most poignant line as it approaches the final chorus:“I came running to Jesus; weary, wounded and so sad within my heart. And, I found in Him a resting place, and He has made me glad.”

It’s easy to see why this song was a number one single on James Banfield’s Blog Talk Radio show. Pure joy, praise and redemption are found on “Love Lifted Me.” For fans of bass driven, r&b-influenced gospel music, this track is pure heaven.


Powerful, passionate, soulful and emotion-filled; these are all words that would accurately describe this remarkable piece of praise music from Atlanta-based worship leader and gospel vocalist, Ulysses Brown. When I first saw the title, I expected the same old, tired version of the very recognizable Christian hymn. But, make no mistake, this isn't your grandmother’s “Amazing Grace.” This version, while lyrically identical to the original, traditional version, is presented with a gospel flair, a completely original and updated melody line, and a surprising twist, breathing fresh life into a classic.


As with the previous Ulysses Brown tracks I have reviewed, “Come Unto Me” and “Love Lifted Me,” the production on “Amazing Grace” is minimal, utilizing only piano, bass, drums, organ and strings. And once again, that is fine by me! The real shining star of the production is Mr. Brown, himself. His vocal prowess is showcased at its finest, with tasteful runs and a smooth, soulful delivery.

The updated melody, while at first unfamiliar and unnerving, is one filled with tension and release, building the momentum from the opening verse until the final crescendo. By giving the song this new melody,Brown forces the listener to rediscover the absolute beauty of the lyrical content, rather than becoming lost in its familiarity. The raw emotion in Brown’s voice delivers the true meaning of the lyrics: redemption and forgiveness, no matter what the sin.

The notable thing about this version of “Amazing Grace” is that, while the melody line is completely different than the original version, the lyrics are exactly the same, but with a clever, significant twist: the verses are done in reverse! The opening verse begins “When we've been here ten thousand years...bright shining as the sun. We've no less days to sing God's praise...then when we've first begun.” This is actually the third verse of the original version that we have heard sung during worship services. The second verse remains the same as the original, since it is a three-verse song, leaving the first verse of the original for last here. As stated, this is a clever move. Rather than singing the verses in the traditional order, bringing the obvious comparisons to the familiar version, Mr. Brown’s performance sounds like a completely new track. Only the most discerning ear would note the fact that the lyrics were identical in the two versions.


“Amazing Grace” is the third song from Ulysses Brown that I have had the pleasure of reviewing. With each one, I have found myself becoming more and more impressed with his stellar vocal abilities. This track is absolutely the best vocal performance that I have heard from him so far, leaving me with the belief that Mr. Brown will soon become a household name in the gospel music industry

”Come Unto Me” – Ulysses Brown


“Come Unto Me” is the second track from Atlanta-based worship leader, Ulysses Brown, that I had the pleasure of discovering. After reviewing his up-tempo, funk-infused dance track, “Love Lifted Me,” I was pleased to find that Mr. Brown is not just a one trick pony. He delivers the goods once again with “Come Unto Me.”


“Come Unto Me” is a jazz-flavored, r&b-inspired, slow gospel jam that feels like it could have been penned by R. Kelly and sung by Al Jarreau or Anita Baker.

Like Mr. Brown’s previous release, this song also leans on a sparse, retro-influenced production, held together by a tight rhythm section, 7th chord piano playing, and even some unexpected marimba. With the exception of the Christian message in the lyrics, this track feels like it could just as easily be found, played by a jazz combo in a smoke-filled club, as it could be found sung in church during Sunday morning services.


The first thing that struck me about “Come Unto Me” was the unpredictable, yet tastefuluse of minor and 7th chords on the piano. This instantly made me sit up and take notice,that this was not your typical smooth groove. Mr. Brown’s vocal, while strong on the last single I reviewed, was even more powerful and dead-on in its delivery. The vocal runs were smart and well-placed, and never over-bearing.


While the lyrical content doesn’t break any new ground, there is a saying that “if it ain't broke, don’t fix it.” So, as a songwriter, Mr. Brown stays the tried and true course of bearing witness to the forgiveness of sin and redemption through his faith in Christ. “I was a sinner, I was lost in a world of sin…I heard the voice of Jesus say to me one day,‘Weary one, come unto me and lay down and rest.”


Fans of classic r&b and the Smooth Jams CDs of the mid-90s will find a nostalgic connection with “Come Unto Me.” But, in my opinion, good vocalists like this are timeless.  It’s easy to see why Ulysses Brown was once named Richmond, Virginia’s “Man Of Music.” He is certainly living up to that reputation on this release.

Greater Is He  By: Ulysses Brown

"Greater Is He", the artist sticks to his template of simplicity, surrounding himself with simple and subtle keyboard while he smoothly sings out his lyrics of surrender and worship. Brown's voice is solid, warm tones allowing for occasional but not over the top runs that accent the track and brings a sense of emotion rather than steal the thunder from the lyric. A choral set of background voices provide support as the track builds, a plodding drum line keeping time as Ulysses' vocal becomes more impassioned, singing out, "I've overcome the darkness/Of this sinful world/With the power from/The Lord." It's simple, succinct, and delivered with passion and poignancy.
"Greater Is He" may not be the most complex arrangement on the worship circuit but one can't deny the heart and emotion put into it. Ulysses Brown showcases a deft hand in arrangement, keeping his composition subtle and composed while letting his lyrics, delivered with a soulful voice; carry the brunt of the burden. It's a simple and heartfelt track that draws listeners into worship and point a finger heavenward, constantly reminding listeners of who deserves the glory. And that's just the way Ulysses Brown wants it.
Reviewed by: Andrew Greenhalgh