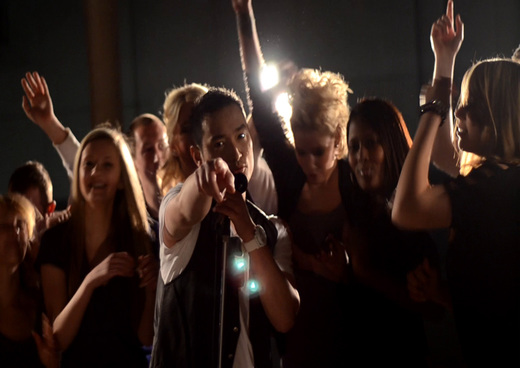 More often than not, Pop artists will have an underlying desire to record a Rock and Roll album after years of recording Pop records... not the other way around. After years of writing, performing, and recording predominately Rock music with his band Go To Zero, Tommy Marz has decided to take a softer approach with his first solo album

Tommy says, "Typically, when a singer releases a solo album it more or less becomes an extension of the band. It very often sounds like a record the band would have come up with." Rival, the first solo album from Tommy Marz, doesn't take the path of any of his previous work. It challenges listener's expectations. From the opening track, "Love (Around You)", it is clear that those listeners are in for a different experience. The result is an album filled with clever hooks, blues inspired solos, and radio friendly melodies. Tommy further showcases his Pop acumen during the songs "Only Human" and "Destiny", displaying the poppy side of his creative process.  Tommy also recorded a cover of George Michael's hit "Faith" for his debut release.