“Green Music Lady” is the LOHAS-minded alter ego alias of Singer/Songwriter Trudee Lunden. Her music journey started as she sang along to radio hits as early as age 5. Her parents were amazed how quickly and easily she remembered the lyrics to every song after only one or two listens.

At 10 years old Trudee studied acoustic guitar, but soon realized she preferred writing her own songs to learning and practicing those written by others. She entertained friends and family; then dove into the music business during college working as Music Director and DJ at KUOR-FM. She graduated from the University of Redlands, California with a Bachelor of Arts in Music and minors in English and Business.

A skilled and savvy "top line" lyricist, Trudee is proficient in delivering a universal voice for TV/Film, creative briefs, and synch licensing. She’s fine-tuned her craft by attending hundreds of workshops and collaborating with numerous songwriters, composers, engineers, and producers. Her diverse catalog has been featured in television, film, and independent artist releases.

During her career Ms. Lunden has been commissioned to write lyrics/melodies for various music assignments including radio theme song “Revitalize-U”. She’s received honorable industry mentions from Billboard Magazine for “I Knew There Was a Song” and Travel Weekly Magazine for “A Caribbean Cruise”.

Growing up in Queens, NY, this adventurous Singer/Songwriter troubadour has lived around the United States and been part of the music scenes in Los Angeles, California; Nashville, Tennessee; Broward/Miami, South Florida; and Lehigh Valley, Pennsylvania.

A BMI songwriter/publisher, Trudee echoes her “green” passions for peace, social justice, and the environment in songs like "This Peaceful" and “Union Man". She introduced “Electric Car Muses” as a concept group with writer/artist collaborators Frank Ridgeway Cadillac and Tom Fair. Their digital recordings "Wired" and "Electricity" can help speed the crusade for electric cars and fuel S.T.E.M. Education. 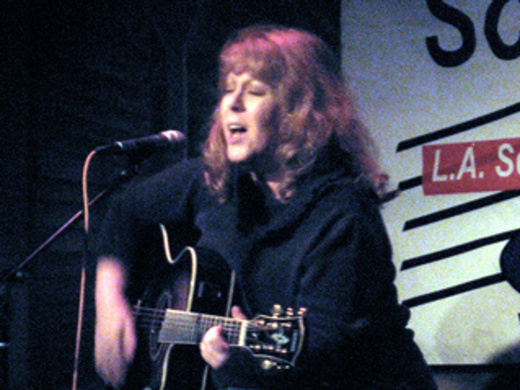