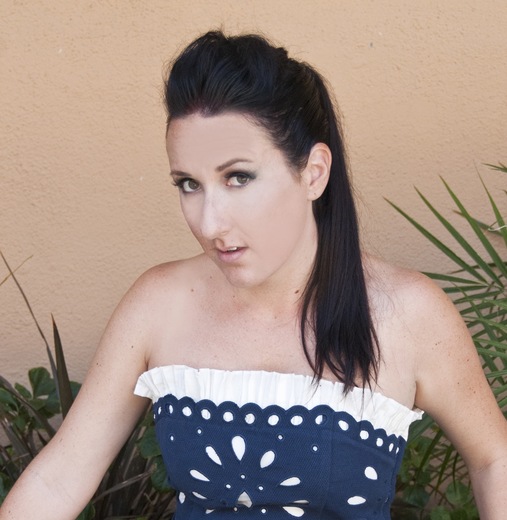 This is not your average piano girl. Singer songwriter Tiff Jimber holds nothing back when she plays, smashing out rhythms and dancing on her toes. Consistently compared to Sara Bareilles and Ben Folds, this lady showcases her diverse jazz and classical training in catchy pop songs. Her influences include Billy Joel, John Mayer, Nina Simone and Adele.

Tiff describes her music as:

MAKES EWOKS sway to the groove

Tiff recently was featured on Vh1 in the show Rock N Roll Fantasy Camp. Jimber was choosen by Matt Sorum (Velvet Revolver, Guns N Roses, The Cult) to play keyboards in the band that he mentored-“The Bad Kick.” While performing on national t.v. with this group, Tiff had the honor of performing with Marky Ramone (The Ramones), Paul Stanley (KISS), and Sammy Hagar (Van Halen). Jimber has engineered and assisted on many projects including, Phil Collins; Blink 182; The Foo Fighters; Queensrÿche to name a few. She also sang on vocal tracks for movies such as, The Grudge (Sarah Michelle Gellar), Hide and Seek (Robert De Niro), and Love Happens (Jennifer Anniston). She has opened for Marcy Playground, Anna Nalick, San Diego Symphony, White Buffalo, Marie Digby, and Meiko.

Tiff is currently on tour promoting her new album Burning At Both Ends, available on iTunes. For tour dates and news: