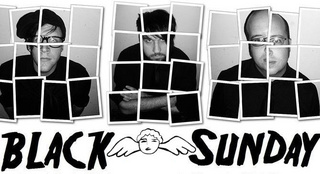 About The Real Black Sunday

Black Sunday is a three piece punk band from KY who thrives on writing and performing fun, catchy songs with dark imagery.
The band has toured the midwest and east coast on several occasions including being a part of the Vans Warped Tour in 2006, 07, & 08. They have had the pleasure of opening for bands like AFI, Saves The Day, Against Me!, Joan Jett and The Blackhearts, The Smoking Popes, The Lawrence Arms, and many more.
Several Black Sunday songs have been used on various programs of the CW network including TMZ and The Tyra Banks Show. Also, a couple of tracks have appeared on TBS in movies such as Varsity Blues & The Mask which starred Cher.