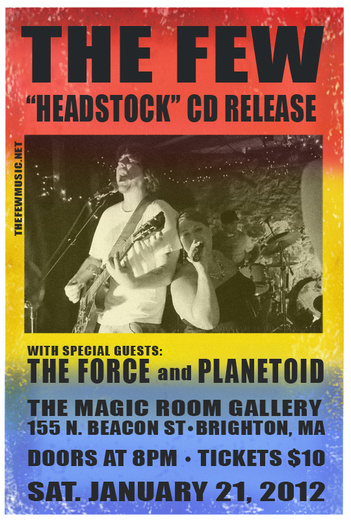 2008 Female Vocalist of the Year: JAIME RIOUX (The Few)
Vote for The Few!
It really only takes a minute or so, and there is some tough competition in these categories - every vote is very much appreciated! The other categories have some GREAT bands to vote for too - TooBoKou, Hello Mahalo, Candace Brooks Band, etc - so check out some local New England music of all genres, pick your favorites, and may the best band win

Winners will be announced in January at a big show that will feature some of the bands on this ballot - stay tuned for more info on that! Click the link below to vote - and THANKS

The Few has PLENTY of talent. Thanks for making OurStage your stage too.
by Daniel Palmer on August 4, 2008 at 7:45 PM EDT