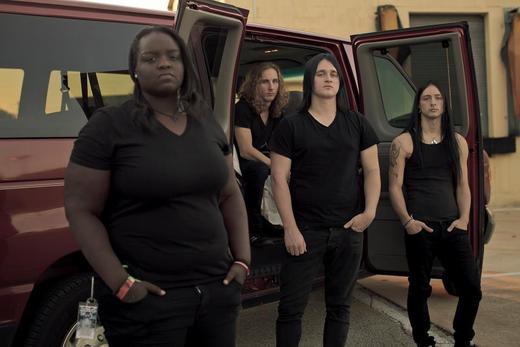 In an era where guttural vocals and Drop tuned guitars have become the norm, Atlanta based metal band Tetrarch comes as a much-needed relief. Combining the thrash roots of Metallica with the melodies of Iron Maiden, Tetrarch is determined to bring back the sounds of the old with a new school twist

Formed in 2006 by Josh Fore, Diamond Rowe, and Tyler Wesley, Tetrarch has taken the GA music scene by storm playing well over 100 shows in the past two and a half years.

Besides gaining valuable interests and contacts within the music industry, Tetrarch has had much praise from various artists

"Good stuff! You're going in the right direction and sound like you can all play your shit well." -Paolo Gregoletto (Trivium/Roadrunner Records

"It’s good honest metal, unlike a lot of the stuff out there today, it sounds like you know your sound and nothing is forced. Keep it up guys, and good things will happen for you" -Port Amoral/Roadrunner Record