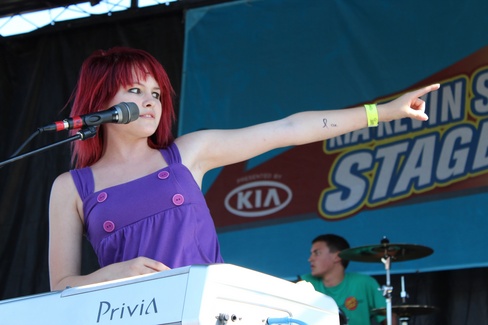 Tess Dunn’s voice has been described as passionate, real and gorgeously raspy. Dubbed in the media as “the young and the fearless,” this sixteen-year-old singer-songwriter from Santa Cruz writes songs that “…delve into deeper and darker spaces than the pop stars of her time.” Diagnosed with cystic fibrosis (CF), diabetes and epilepsy, Tess faces issues of mortality that infuse her music and lyrics with haunting depth. Tess performs throughout the Bay Area, including at the 2009, 2010 and 2011 Vans Warped Tour shows. She released her first album, “Darling Just Walk,” in 2009 and is currently recording her second. Tess says that living with CF is “…like having a clock ticking over your head, but it has a way of putting things in perspective.” To listen to Tess is to be inspired.