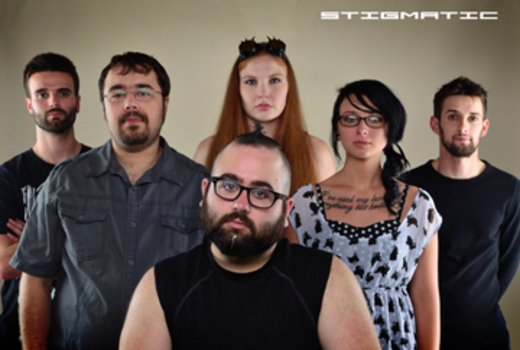 - Stigmatic has been touring around the southeast and has had the honor of sharing the stage with great bands from local and national acts such as: Soilent Green, Hell Within, Tony Danza and the TapDance Extravaganza, DestroyDestroyDestroy, ButcherPriest, BloodTribe, Dunwich, ShatterMask, War Within, and many many more.l
-Some highlights of our work include: Two performances at the Annual Atlanta Horrorfest as well as an appearence at the second annual South Carolina Underground Metal Festival.
-The song "Shed My Skin" has been featured on compilation albums with bands such as Arch Enemy, Caliban, Himsa, Every Time I Die, Still Remains, Chimaira, Walls of Jericho,PsychoStick, and Devine Heresy.-