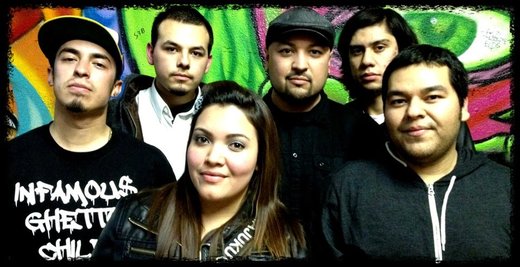 The South Central Skankers Rise from Lost Angeles Don’t confuse your racing heart, rising temperature and the uncontrollable urge to thrash your body in all directions with a fatal illness; you are merely experiencing the symptoms of the infectious sounds of the South Central Skankers. They show up with a mad brass section, a walking baseline and unique, offbeat guitar chords that can’t help but entice people to get on their feet and SKANK! Skanking can only be described as the single most extreme motion attainable by the human being and is really the only way to cut loose and dance. Let’s just say The South Central Skankers do not discriminate; they intoxicate! Their unique and upbeat sounds attract people of all ages and from all walks of life. The Skankers create a sound that cannot be ignored by combining ska, punk, metal and Latin. Their influences vary from underground to highly established bands, many of which were born out of Los Angeles. The Skankers first joined forces in 2000 and in the fall of 2003, they went to the studio to record their first L.P. Now that SCS have reached a level beyond what you may call “up and coming” and are reaping some of their well-deserved success. The South Central Skankers have rocked the stages of the well-known Captiva Showcase during South By Southwest for the past four years, and have now gained the reputation for supreme rock-ability. The Skankers recipe for a perfect ska show combines “a killer intro, eight of your best songs, mullet wigs, ties and bow ties, Chile Tapatio, Masks, Corona Beer, Red Stripe Beer, Patron, Gray Goose, Jagermeister, Monster, Red Bull, Diamonds, White gold, Grills, Carne Asada Tacos, Joose, a Mexican flag and some Stickyest of the Ickyest.” With all of that thrown in the mix, how could you not have a successful show. The inspiration for the album's title, Welcome to Lost Angeles, originates from LA's dual reality.