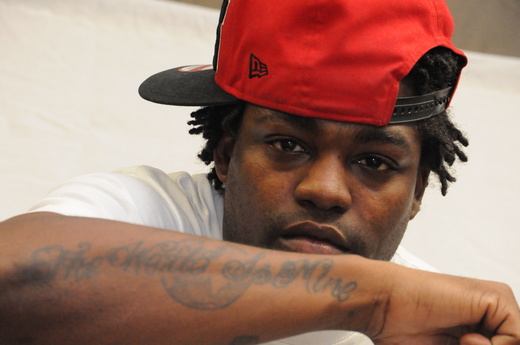 Sixxcess began in the winter of 2007 after writing for friends, he began to spend his free time writing songs and collaboration work with local emcee. He went on to enter and win competitions and showcases, before eventually dropping 7 mixtapes, including “evolution”, “sixxcessverse“ and “behind the music“. This is one local star that is not stopping until he’s known worldwide. Look for major hits from Sixxcess and his camp in the near feature, because the successful Sixxcess will succeed.

Caught somewhere in between hip hop and pop music genres, Sixxcess has been compared to such hip hop acts as Kanye West, and Ja Rule, but he fits right in while touring the east coast from NY to NC. Unique to Sixxcess’s sound, instead just rapping, uses a harmonic blend, with hard hitting lyrics, while demonstrating clean lyrics and swag to match. The lyricism is crisp, the verses well annunciated and the messages evoke honesty. Clearly influenced by early-mid-‘90s, Sixxcess definitely brings class back to hip-hop through his unmatched sound and straight to the point message, With commanding stage presence, he captivates the audience and delivers on his promise to be an MC with "Swag", and his community eating it up, marking a very promising beginning. First impressions are everything, and once you meet Sixxcess you’ll know that he’s a man about business. Sixxcess is not just your average artist rapping to the women only, he has hard hitting tracks for the streets and most importantly has a message in his music, stemming from the name Sixxcess