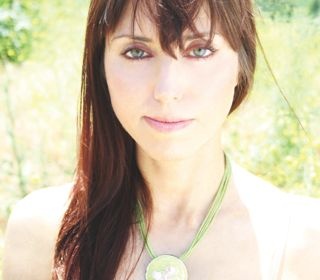 "A gifted and talented songwriter and performer"
-Music Connection Magazine

"Shannon has recorded some of the most immediate pop music since Damien Rice"
-OutsideLeft.com

Handpicked as one of Rolling Stone’s top 25 best bands on MySpace, Shannon Hurley has released her highly anticipated debut full length album. “Ready to Wake Up” is already receiving airplay on Indie 103.1FM and XM Radio. “I put my heart and soul into this record. The reason it took so long to release a full length, quite honestly, is because I wanted to wait until I had a good enough collection of songs to make it worth the listener’s while. I think I accomplished that”, she says. Her alternative pop style has often been compared to Aimee Mann and Sarah McLachlan, but her songwriting and singing have lifted her to a place that is completely her own.

“Ready to Wake Up” is a pop record that pulls in a little help from Shannon’s heavy-hitting friends: KCRW favorite Carmen Rizzo, as well as Guy Erez (producer/writer for Jennifer Love-Hewitt, Sarah Bettens, and Ryan Cabrera) pitch in to make this album shine.

This Indiana-born musician has been playing music all her life, being brought up in a family of singers. Picking up piano at age 8, she then moved on to trombone. She graduated with a music degree from University of Colorado at Boulder, where she became the stage manager for Fox Theatre. After working in this capacity with Julian Lennon, Willie Nelson, Bonnie Raitt, and Rufus Wainright, she became enamored with songwriting. She studied with Pat Leonard (hit songwriter for Madonna) and moved to Los Angeles is 2001.

Shannon is also a sought-after session musician and spent 2005 touring with Universal Motown artist Brie Larson. This has given her the opportunity to open (with Brie's band) for Jesse McCartney, Gwen Stefani, The Black-Eyed Peas, and Gavin DeGraw. Currently she is touring to promote her album "Ready to WakeUp". She can also be seen playing keyboards and singing backup for international artist Marina V. In addition to these accomplishments, she is also co-founder for "Don't Call Us Tori!" (www.dontcallustori.com), a showcase for quality women singer-songwriters. These shows are held in L.A. venues such as the Hotel Cafe, the Derby, and Tangier. Shannon was recently commissioned to write a song for the Getty Center exhibit, the Zuccaro Drawings, in which Frederico Zuccaro depicts the struggle of his artist brother Taddeo. Shannon performed at the Getty alongside Tom Freund, Jim Bianco, Beth Thornley, Priscilla Ahn, and Libbie Schrader.

Shannon has compiled an album of remixes chosen from public submissions, of which over 400 versions of her songs from “Ready to Wake Up” have been lovingly embraced by the remix community.

She recently spent a year in Nashville and 3 months performing in Saigon. Vietnam. Now she is back in LA and working on her follow-up to her debut solo album "Ready to Wake Up" as well as an album from her new electronic pop project Lovers and Poets.