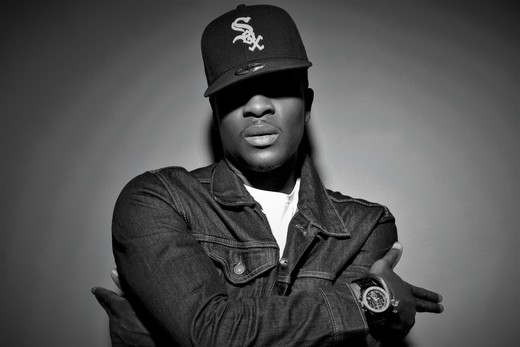 Son of a soldier, Se’von moved around much of his childhood, finally settling in Detroit and middle class suburb of Mount Clemens, Michigan. Dodging dealers, boosters, and thugs, Se’von managed to run in the streets without allowing them to determine who he would become. In a single parent home, the temptations of the hood began to get the best of him; needing somewhere to turn… he turned to music.
During the 2004 Rapvibe Summit in Chicago, Se’von wowed an audience of artists and industry executives, producers and promoters; a showcase that catapulted his name into the mouths and ears of some of the most well-known industry heads in the game as well as generating major label interest from labels such as Atlantic Records and Def Jam Records. Back home in Detroit Se’von was being nominated for “Best Male Artist” and continued to be nominated for 2006-2009 for Detroit Hip Hop Music Awards.
Bringing a true feeling back to hip hop music, Se’von encompasses the thoughts, feelings, struggles and ideals of people of all backgrounds by fusing hip hop, 80’s rock, and power-chord R&B. Se’von has sold over 8,000 units with virtually no promotion.
With a relocation to Atlanta Georgia,  Se’von was faced with the challenge of standing out as a rising star in the middle of a major music mecca; Se’von responded to that challenge by writing for mulit-platinum acts life Case, Tony Terry, and Lyfe Jennings. He followed that up with starring in his own episode of the BET hit reality show “HELLDATE”, and he did not stop there, soon after that landing a major licensing deal with Turner Broadcasting for the 2012 NBA playoffs for his hit song “Long Road’.
Se’von is the 2013 Georgia Music Awards Winner for “Best Male Hip Hop Artist” and looks to continue recording stadium sized songs for the world to hear. With a veteran stage presence Se’von leaves the audience looking on their favorite music download sites and the shelves of their favorite music stores for his face. Sure to be the next superstar, his arrival into mainstream is already highly anticipated.