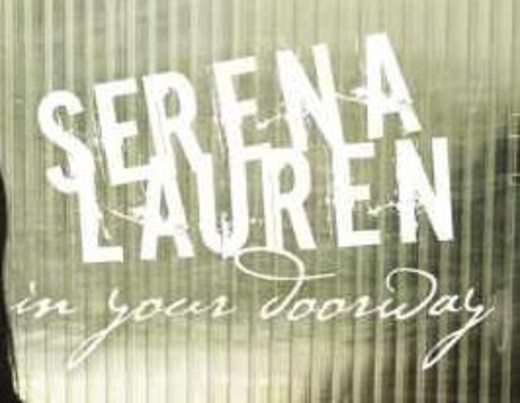 Serena Lauren, classically trained on the piano and self-taught on the guitar, started writing music in her late teens and released several albums including The Waking Up EP (2003) and In Your Doorway (2007). After receiving a production deal to record The Waking Up EP by Fat Cat Recording in Sacramento, CA, Serena's single "Unlaunched Star" earned her the opportunity to have a music video produced by Mark Austin at USC's School of Cinematic Arts. Serena continued writing songs and performing shows until her graduation from Stanford University upon which she chose to move to Hollywood to try out the music industry firsthand.

Serena connected with producer Brian Irwin (Astra Heights, Ty Stone) and recorded In Your Doorway in late 2005. Shortly after, the singer/songwriter relocated to her hometown due to personal circumstances and put music on hold for several years. In 2008,Serena joined the band A Year Remains as the lead singer/songwriter for several months and opened up as a solo artist for the Australian indie-rock band The Red Paintings.

Heavily influenced by 90's alternative pop and latin music, including the The Cranberries and Shakira, Serena's songs combine elements of both genres which results in honest, engaging lyrics and a unique blend of pop, folk, and rock. Serena is currently writing songs for a future release and recently signed a publishing deal (non exclusive) with Princess Blue Publishing.