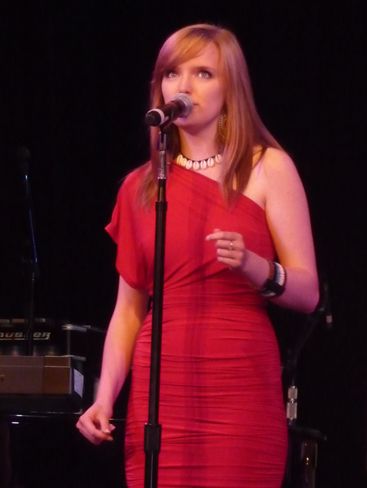 Sarah has been singing and songwriting since she was 5 years old. Her angelic voice moves audiences with her original songs and lyrics that demonstrate depth far beyond her 15 years. Couple this with beautiful original piano compositions and you have the amazing young performer that is Sarah Troy.

Sarah's musical style is contemporary/pop with undertones of blues and jazz. Her songs explore the experiences and emotional issues that happen to her and people around her. She has a wide variety of musical interests and enjoys listening to many different artists. She has a truly unique style that captivates listeners.
Sarah released her 2nd major release of original songs entitled ‘Unforgettable’ on May 30, 2009. In August 2009 the CD and singles were made available on iTunes as well. She has already sold hundreds of copies of her CD and is now focused on booking performances to promote her CD. Sarah is always writing new music and enjoys spending time in the studio preparing for her next 15 track CD, which is expected to be released late 2010.

Sarah loves to perform and audiences are entranced by her musical abilities and amazed at her maturity and relaxed stage presence.

"Sarah Clark is a singer/songwriter. The singer/songwriters who succeed are the ones who embrace music for life - who continually learn and develop as artists over a lifetime. They collaborate effectively and are innovative in their writing and in their performance. They are unafraid - unafraid to try - to press the envelope. Sarah is this kind of artist. She is unafraid to try. She collaborates with other musicians, and is keen to learn. Opportunites open to creative minds like Sarah Clark."
Brian Farrell, vocal coach, music mentor, artistic director, 2010