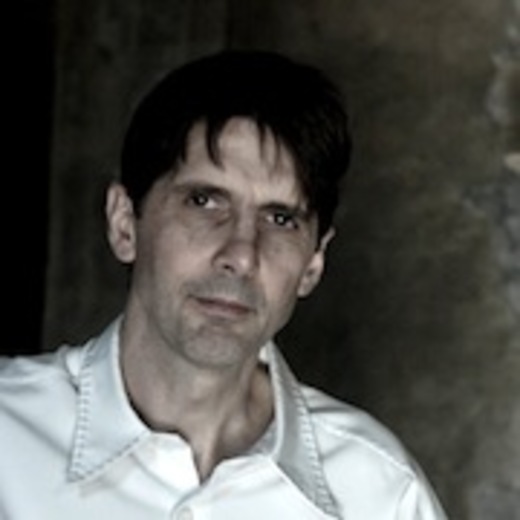 Acoustic guitar artist Roberto Dalla Vecchia draws deeply from his personal homeland to craft his melodic folk-bluegrass tunes
Based in Italy, Dalla Vecchia performs regularly at concerts and festivals and teaches workshops throughout Europe.
He is the winner of Acoustic Guitar Magazine’s 2003 Homegrown CD Award
Let his signature flatpick style guide you through an original and exciting repertoire of new standards for acoustic guitar

Dalla Vecchia makes his own mark with Open Spaces, an ambitious, richly textured collection of compositions, some solo, others with a band. His second solo CD, Sit Back, has been released in 2002. Fingerpicking.net Records released his new CD Grateful in 2006. It contains a number of Roberto original tunes increased by Gambetta’s innovative soundscapes. The album features Dalla Vecchia's powerful acoustic guitar, and showcases some of his finest guitar work to date
His guitar work is also featured on various compilation CDs, Flatpicking 2003 (FGM 113), European World of Bluegrass 1999 – 2001 – 2002 - 2007 (SCR Productions), Country In This Country (MAP Records), among others. Now plans are in the works for further recordings

Dalla Vecchia’s playing stands out as melodically inspired and meaningfully focused. His flair for the melody is also strongly evident in his compositions, many of which are singable and memorable.

"...another monster talent from Italy... (he) has a mastery over tone and
a grasp for sound quality that is positively awesome
Flatpicking Guitar Magazin

“... Roberto is a brilliant young player of acoustic musi
with emotions in his playing far exceeding his time on earth.
Steve Kaufma