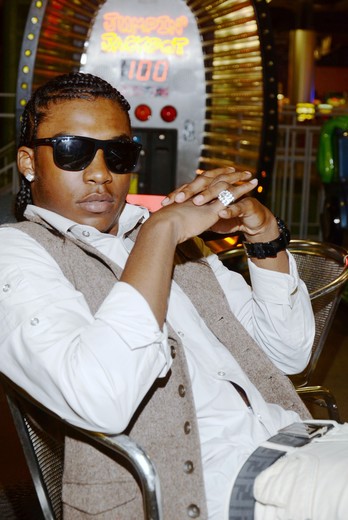 YounG LYE= A New Born Leader, Follow me @Younglye, join me on Facebook.com/Younglye, n my TV channel is Youtube.com/LilLion1111 please subscribe, like, n leave comment, check out my trackz @ Myspace.com/younglyeakayounglion, google youn’ LION
STL Volume 1 mixtape, Droped may 13, 2011
By YounG LYE cop this firaa, E.M.I./krush21 Distribution .
Please cop my hot spring lover single ‘’shorty got me cuffinn’’ on itune, tunecore, n all online music store, thxx u for your support,Bless.
About Young LYE “Age is just a number” can be the only description given to 16-year-old Jimell Clarke better known as the ’’artist’’ Young Lye , you can google to fine out more . Add Young Lye to Your Friends! Message Young Lye! Young LYE born in the Bronx, New York, has been rapping & Deejaying since the age of three. Lye was nominated by the Under Music Awards for artist to watch out for in 2012. His mixtape ’’STL’’ VOL1 had thousands of downloads on sites like www.datpiff.com,www.thatcrack.com, just to mention a few. Growing up in the Bronx has nurtured in Young LYE a level of street wise maturity rare for his age that has earned him the respect of his older peers. As a rapper and a Deejay, music beats through Young LYE veins, having been fed on a steady diet of Hip Hop , Dancehall, Pop and by his Jamaican father. His father, D. Clarke, a music producer who migrated from Jamaica in the late 80’s believes his son has immense talent. “Since LYE was three, I saw his potential, he would sing along to DMX and Beenie Man and say that he wanted to be just like them. It was then that I decided to get back into producing and help him fulfill his dream of being an entertainer” – D. Clarke. No stranger to the stage, since the age of eight, Young LYE has been a regular staple at Club Amazura queens n.y.c. ,Lue’s nite club in bx. n.y, Sulivan Hall n.y.c, Madison Square Garden n.y.c., B B Kings in New York City , College Tour in N.Y.-U.S.A. , Mingles Night Club (Bronx), Chrissies Night Club (New York) and the famous Apollo Theatre in Harlem, with his last performance in May of 2007. “I see music as a means by which I can lift myself and my family. I want to entertain and please my fans and I hope I can make it big in the music business” – Young LYE. Coupled with stage performances , Young LYE is also a recording artiste with Mel-Shar Entertainment Media Group , the Mel stands for MELIK pka M DOT his big brother r.w.g. , and Shar stands for SHARI pka SILK his big sister r.w.g. . He is currently sign to $TACK$ LARGE EMPIRE/E.M.I./KRUSH21/MELSHAR, which is a very good look for him . He’s working with Chris Walker, E-New, Glenn Delgado, formerlly Hit Committee /Jive Records, now of E.M.I./Krush21 Ent., on his brand new fira hot mixtapes, album n singles. He also works with producer Raff who produced tracks for Shaggy like Oh Carolina, Mr Bumbastc, and Shelly Thunder , Sometime a Man Fi Get Cuff,Fi Get Cuff , just to mention a few . Young LYE released Hip Hop tracks such as Move Your Body featuring Fiyah Marshall from Bermuda , Swee Da Dee , I Goes On & On , I’m Grown, So Fresh , My Swagg, Black Pain and Ho Baby Im Wavvy. Young LYE has also done collaborations with major R&B and Hip Hop recording artistes such as Pleasure P formerly of the group Pretty Ricky , just to mention a few . Young LYE is making an effort to break into the Jamaican Dancehall scene with his recent collaboration with the hot dancehall singer Barbee. The track Age Is Just A Number , written by YounG LYE and Barbee, demonstrates his potential as a Deejay , the Hip Hop remix is droping in the winter of 11 . “You should here the lyrics he’s spitting to me on this track, these lyrics are super hard for a young guy big ups for Young LYE” – Barbee. ‘’Young Lye a murda, artist a di future’’—Beanie Man