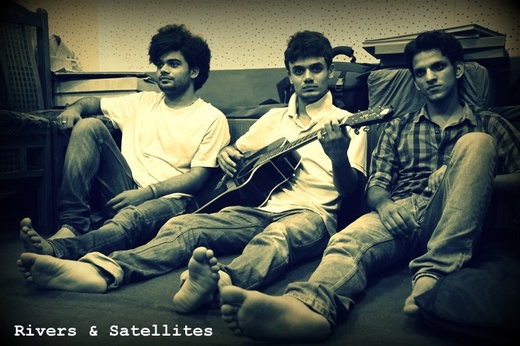 About RIVERS AND SATELLITES

Rivers and Satellites is band consisting of two young & vibrant  brothers who are true devotee to music. The band was formed just 2.5 yrs ago and people always look forward to listening to them during their live performances. It  is an Indian band inspired by legendary artists like Dan Seals, Metallica, U2, Coldplay, Greenday, Bryan Adams, John Mayer and the band religiously tries to rise up to their levels of performances. The duo, Prateek & Mohit write the songs, compose the music and sing themselves. The theme of their songs are love, life, war, and nature.Due to financial crises and non availability of music producers in their country, the band is facing a lot of problems in promoting their music. But as the band believes in the dictum of "Never-say-die attitude", it creates the music with the pocket money that both the brothers get every month.

A Real Tribute to Music