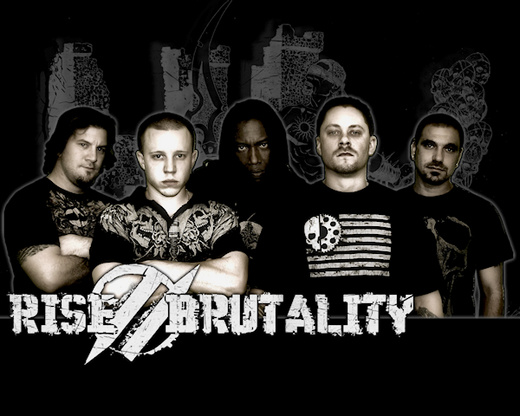 FOR ALL UPDATES AND UPCOMING SHOWS, GO TO OUR REVERBNATION SITE @ http://www.reverbnation.com/rise2brutaliy

We're a hybrid hardcore/metal band that radiates orginality, creativity and energy. Our songs are interladen with hardcore riffing, melodic interludes, creative leads and heavy breakdowns. Our vocal attack is brutal enough to make Attila the Hun cower in the corner crying for his mommy to wipe the drool from his bubbling lips. If you want a live performance that is going to draw you in, take you on a helter skelter rollercoaster ride of metal and fill you with enough energy to stomp ten thousand angry Norseman & keep them from raping & pillaging your neighborhood then come out to a live show! Not like most death metal bands screaming lyrics about gore, serial killers, Satan and killing sprees, Rise 2 Brutality portrays an emotional portrait of words that best describe the good and bad things in life, lust, greed, war, politics, history and all humane. Delivering growls and pursuing a messege of how life just is. Rise II Brutality formed in 2005 By Nick Pagano and Larry Wilkins Jr. Various line-up changes have been made in the band since its birth. The band entered “The Candy Factory” studio (owned and engineered by Crossbreed) Dec. 15, 2008 to record their demo cd and the start of the debut album, “The Alpha Tyrant”. “The Alpha Tyrant” is still in the works and there will be more recorded to finish it soon(we do update our myspace on a regular basis). Current lineup: Jeff Zerin: vocals, Nick Pagano: guitar, JD Wilson: guitar, Will Purifoy: bass, Mike Brozozski: percussion/keyboard. Rise II Brutality is currently unsigned.