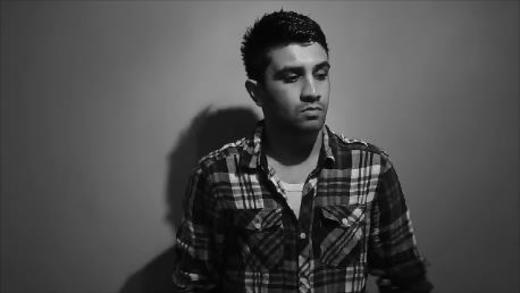 His music is inspired by his own personal life experiences which include living in 3 different countries, living with 10 people in a 3 bedroom house and his fair share of relationship!

Vijay has always been the shy but gifted sort.....until now! He was always raised in a music loving environment with his dad pumping music loudly on an old school red dualdeck cassette player and both his father and uncle singing bollywood 'golden oldies' at every possible occassion. His own first affair with music began when he bought a guitar at the age of 12 and started taking lessons. Unfortunately this was a short lived affair as his brother broke the only guitar he could afford on three seperate occassions...by mistake!

By the age of 16 he had been going through personal drama which had overflown into his school life and he felt an overwhelming pressure through not living up to the expectations of his family. This resulted in a writing spree which yielded several songs but because of his shyness at the time, it was several years before he attempted to sing and record any of these.

Today VJ Sanghvi is determined to make a name for himself and he hopes to tell parts of his story through many songs!