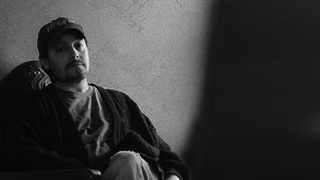 CAREER PATH:
After sneaking into a theatre in 1981 and absorbing Ridley Scott’s “Blade Runner” three times in one sitting, Patrick was immediately inspired and motivated with a desire to manipulate moving images.

At the age of 18 and barely out of high school I had a strong itch to work at the legendary premier Rock Club and Danceteria - FIRST AVENUE in downtown Minneapolis. I was always a huge fan of music and actually had a fake I.D. made with the intent of getting into the club to see the Stranglers - with an ulterior motive of trying to convince Steve McClellan (club manager) to offer me a job.

In 1982, I became a VJ, at First Avenue (a positions which I held until 1986) and cut all of the club's video wallpaper. Throwing myself into my editing projects, I would often sleep overnight in the club's mezzanine, manually editing visuals without the benefit of a video-editing controller, which allows the two machines to talk.

There, I utilized experimental techniques and innovative methods in video editing, creating video wallpaper for the clubs huge video screen and monitors spread throughout the club. During these times, I was recognized by RockAmerica© as the first video artist to pioneer video "scratching". It was at First Avenue that I first previewed my re-edited or manipulated versions of Princes 1999 and Little Red Corvette, which I had re-cut into elongated dance versions of the original videos while maintaining the songs original BPMs (beats per minute). This caught the eye of Prince during a visit to the club, which led to directing my first "live" Prince concert and the beginning of a ten-year working relationship. Highlights include: "Alphabet Street" Music Video (director/camera), "Sexy MF" Music video-club version (editor), and the "Three Chain of Gold" Funkumentary (editor).

Back then; I had directed several live concerts, as well as various directing, shooting, and editing projects for Prince and Paisley Park artists such as; "Tweakin" for George Clinton (director/B-cam/editor) and "Little Rock" for Eric Leeds (director/editor). I also had the pleasure of directing a number of live in-house concerts at the legendary venue for buzz word artists such as - Culture Club, The Cure, Motorhead, The Thompson Twins, The Time, Husker Du, The Suburbs...and many others.

It wasn't long until I began developing other ideas and experimental concepts that permitted me to pick up occasional freelance corporate/docu-promo jobs, which, along with numerous Prince projects, were becoming increasingly frequent and keeping me busy for several years. During this period, I began directing and editing many national and international TV commercials for agencies and production companies based in the Twin Cities and across the country. Several years with this genre of work acted as a bridge and financial buffer to experiment with other types of work, including Documentaries, Features, Music Videos, Corporate, Web Videos, Realty TV, EPK’s, Live Events/Concerts, Show Openers…and any other opportunity that presented itself.

From high profile corporate and influential Rock & Roll clients, to delicate award winning storytelling with non-profit films - I have been privileged to work across the globe, including France, Italy, and Japan.